The EMET Prize is awarded to Prof. Hillel Furstenberg, one of the great mathematicians of our time, for his extraordinary achievements and his fundamental, original and deep contribution to ergodic theory, topological dynamics, Lie groups and combinatorial number theory. His important scientific contribution has done much to establish Israel’s international standing in the field of mathematics.

Professor Hillel Furstenberg was born in Berlin in 1935, and when still a child, emigrated with his family to the US.He lost his father at an early age, and despite economic hardship displayed great talent in his studies at Yeshiva University, which included divinity studies as well as mathematics.

At the age of twenty he simultaneously concluded his BA and M.Sc. studies, and was accepted for doctoral studies at Princeton University. After three years, in 1958, he completed his doctoral dissertation – today considered one of the landmarks in the field of stochastic processes.In 1964 he was appointed a full professor at the University of Minnesota, and after several years, he left his post and immigrated to Israel.

His immigration to Israel had great influence on the field of mathematics in the country, and helped transformed Israel into an important international center in ergodic theory in particular and in mathematics in general.In Jerusalem, which was the center of his academic activities, he continued producing a long series of monumental mathematical works. In 1975 he inaugurated, along with Professor Benjamin Weiss, an ergodic theory research year in Jerusalem. That year is still remembered as the year that entirely changed the face of research in the field.Through the years, he has been a guest lecturer at many universities around the world, including Stanford, Yale, and others.

Prof. Furstenberg has taught and guided many students studying towards advanced degrees in his field of research and in other, wider fields – thus ushering a new generation of mathematicians who today serve as professors at institutions of higher learning in Israel and abroad. 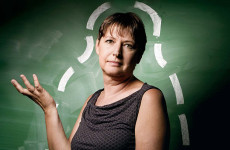 Professor Yaakov Sussmann is awarded the EMET Prize for his inspirational and multifaceted contribution to the study of Talmudic literature, and for being a lodestone for scholars of the Talmud … END_OF_DOCUMENT_TOKEN_TO_BE_REPLACED

The Emet Prize is awarded to Prof. Noam Sheriff for being a multi-faceted musician: a composer, conductor, interpreter, lecturer and teacher who has left his personal and distinguished mark on … END_OF_DOCUMENT_TOKEN_TO_BE_REPLACED