Prof. Avishai Margalit is awarded the EMET Prize for his original and influential contribution in the fields of political thought, ethics and the philosophy of religion, and for his works dealing with the complex moral and political issues of this day and age. All these have made him one of the most important philosophers in Israel and abroad.

Prof. Avishai Margalit was born in Palestine in 1939. He was raised and educated in Jerusalem. Upon completing his studies at the Hebrew University High-School he served in the Nahal Mutznach (Airborne Nahal) battalion. He started his studies in philosophy and economics at the Hebrew University in Jerusalem. Concurrently with his studies he worked for five years as a guide at an Aliat Hanoar youth village. He won a British Council Scholarship and spent two years (1968-1970) at Oxford University.

His studies deal with a variety of subjects within philosophy. Three of his books were published by Harvard University Press: Idolatry, co-written with Moshe Halbertal (1992); The Decent Society (1996) and The Ethics of Memory (2002). He has also published books about culture and politics, among them Occidentalism (2004), co-written with Ian Buruma. His books were translated into many languages.

Over the years he served as a lecturer, Fellow and Visiting Professor in many universities, including Oxford (where he was, among other positions, the first Bertelsman Professor), Harvard, Princeton, Berlin, Prague, Florence and New York University.

In 2001 he was awarded the international Spinoza Lens Prize in Amsterdam. In 1999 he delivered the Horkheimer Lectures at the University of Frankfurt, the Simone Weil Lectures in Sydney and in 2005 the Tanner Lectures at Stanford University.

2007 EMET Prize Laureate – Humanities Prof. Myriam Yardeni is awarded the EMET Prize for her pioneering studies in the field of Western European history and French history in particular; … END_OF_DOCUMENT_TOKEN_TO_BE_REPLACED 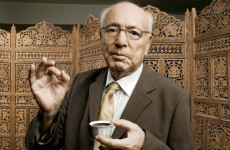 Prof. Eli Keshet is awarded the EMET Prize for his pioneering and ground-breaking studies into the vascular system and its connection to cancer and cardiovascular diseases, and for his rare … END_OF_DOCUMENT_TOKEN_TO_BE_REPLACED