Since the dawn of modern medicine, doctors have pursed the use oftechnology to help them see into the human body. A variety of means serve justthis purpose: X-rays, CT scans, optical fibers and more, but the greatestbreakthrough in the field can be attributed to a unique technology developed bythe Israeli company Medigus

The Israeli company Medigus developed the smallest camera in the world, at 1.2 mm diameter, which can be employed in medical procedures, in particular endoscopic diagnoses and treatments. The micro-camera’s miniscule diameter allows doctors to see into tiny organs and systems which were previously inaccessible.

Medigus CEO Dr. Elazar Sonnenschein explains that the only alternative are optical fibers which let doctors film video footage inside the human body although their numerous disadvantages limit their use: “Optical fibers are breakable and therefore can’t access many spots. They’re also very expensive – the smaller the diameter the higher the price,” Sonnenschein explains.

The Medigus camera is used in flexible devices that offer a glance into places in the body that the optical fiber cannot access. In addition, it costs roughly 90% less that optical fibers of the same diameter. The low cost allows for significant savings in the component parts of the systems they comprise, and even allow the device to be disposable. Single-use cameras bypass expensive sterilization processes, thus also avoiding the risk of dangerous contamination and infection as well as cutting down on excess cost.

Many of us are forced to undergo invasive surgery at some point in our lives, followed by a recuperation period proportional to the seriousness of the procedure. Older patients are more likely to undergo invasive medical procedures, and their recovery process is longer. The Medigus camera, which is affixed to special devices, is minimally invasive and eliminates the arduous recovery process from surgery. Medigus’s SRS endoscope can substitute standard surgery for gasrto-esophageal reflux disease (GERD), caused by stomach fluid rising into the esophagus. GERD is one of the most common diseases plaguing the Western world, afflicting an estimated 7% of the population.

The Medigus micro-devices can also efficiently diagnose gall stones, which are currently diagnosed with X-rays or expensive and fragile optical fibers. Medigus’s micro-camera spares the damages of X-ray radiation as well as the costliness of optical fibers.

The Medigus camera has enabled doctors, for the first time in history, a noninvasive glance into the heart, brain and other areas. Dr. Sonnenschein estimates that within 5-10 years, the technology will be used in dozens of procedures including vascular treatments, from inserting stents to replacing valves.

Michal Tsur is without a doubt one of the inspirational trail blazers of today’s tech world, embodying the ideals of Israeli innovation (that have earned Israel its nickname as the … END_OF_DOCUMENT_TOKEN_TO_BE_REPLACED 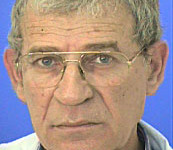 Oded Abramsky was born in Jerusalem. He received M.D. and Ph.D. degrees from the Hebrew University of Jerusalem. He did his residency in Neurology at the Hadassah University Hospital and … END_OF_DOCUMENT_TOKEN_TO_BE_REPLACED 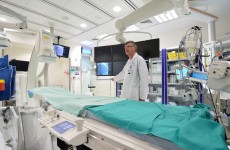 Heart disease is a well-known killer. Just one decade ago, the WHO (World Health Organization) released its findings showing that heart disease has become a global epidemic with approximately 17 … END_OF_DOCUMENT_TOKEN_TO_BE_REPLACED