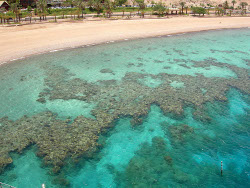 A substance derived from corals has the ability to slow down the growth of cancerous cells as well as induce death of these cells- as shown in a new study.

A chemical substance produced from soft corals in the Red Sea will be a major ingredient in a new medicine to treat skin cancer, as reported by a group of American scientists.

The team from the University of South Dakota headed by Prof Chandradhar Dwivedi reported that the substance Sarcophine-diol produced from the corals contains  preventive  elements  and thus will be used for chemotherapy treatments. The scientists reported that it could slow down  fast growth of cancerous cells and also induce orderly, programmed cancer cell death.

“Here we have, for the first time, the ability to use a chemical substance derived from a natural source, both for preventive and for medical treatment” said the team speaking to a reported of the international magazine “Oncology”. We believe that this substance has an immense potential to treat skin cancer , especially development of skin cancer other than melanoma.

The two most prevalent cancers other than melanoma are of base cells carcinoma and Squamous cell carcinoma. Since the 70’s, there is an increase of these types of cancer on the population. This is due to over- exposure to sun with lower ozone layer, the use of tanning salons and lack of use of the proper sun screen protection. Some secondary reasons for the appearance of thess types of cancer are sexually transmitted diseases and old burn scars. 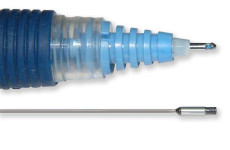 Since the dawn of modern medicine, doctors have pursed the use oftechnology to help them see into the human body. A variety of means serve justthis purpose: X-rays, CT scans, … END_OF_DOCUMENT_TOKEN_TO_BE_REPLACED 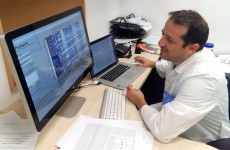 Two major revolutions, one genomic and one in informatics, are completely changing the face of biomedical research. Every day all over the world, millions of genetic sequences—from disease-related genes to … END_OF_DOCUMENT_TOKEN_TO_BE_REPLACED

Michal Tsur is without a doubt one of the inspirational trail blazers of today’s tech world, embodying the ideals of Israeli innovation (that have earned Israel its nickname as the … END_OF_DOCUMENT_TOKEN_TO_BE_REPLACED