Prof. Shlomo Giora Shoham is awarded the Emet Prize for his contribution to the formulation of original and profound ideas in varied fields of criminology and penal theory, and for setting himself the goal of developing criminology as a scientific socio-legal branch. He was one of the pioneers and path-finders in Israel in teaching and research of the field, including the founding of institutes of criminology and criminal law at the Bar-Ilan and Tel-Aviv universities.

Prof. Shlomo Giora Shoham was born in Lithuania in 1929 and immigrated to the Land of Israel in 1935. During Israel’s War of Independence he served in the Nebi Daniel Convoy which was called in to help the Gush Etzion settlements. The bloc surrendered and he was captured by the Jordanians. Upon his release he started studying law at the Hebrew University and was among the first class to graduate from the Faculty of Law. He was later also the first to receive a PhD in law from the Faculty. He then went on to study criminology at Cambridge University in England, and upon his return to Israel founded the Institute of Criminology at the Bar-Ilan University. A decade later he founded the Department of Criminology at the Tel-Aviv University and is a teacher and scholar at the Faculty of Law till this day.

Over the years he developed, with Prof. Yehuda Fried, a new method for treating drug-addicts, which was applied in Israel with impressive results. In his studies he examined social deviance and elaborated a unique personality theory to explain crime and deviation. His Stigma Theory, published in his book The Mark of Cain, which was translated into many languages, made it possible to understand the meaning of recidivism in the fields of crime and social deviance. In recent years he developed a new micro and macro theory in criminology. In his book Valhalla, Calvary and Auschwitz he proved that it is possible to explain the Nazi movement using a macro-criminological point of view, while the Holocaust may be understood from a macro-victimological aspect.

His studies were published in numerous books and articles in the field of criminological theory and its application. As member of the Cohen Committee which was set up to discuss penal methods he dealt with the applicable aspects of criminological research for many years.

His eldest son Giora was killed in the Yom-Kippur War and Prof. Shoham has since added his son’s name to his own.

For his work he was awarded the Israel Prize in 2003.

The EMET Prize is awarded to Prof. Mario Mikulincer for his extraordinary contribution in the study of personality and social psychology. His prolific work, his systematic and innovative scientific approach … END_OF_DOCUMENT_TOKEN_TO_BE_REPLACED

The Emet Prize is awarded to Prof. Noam Sheriff for being a multi-faceted musician: a composer, conductor, interpreter, lecturer and teacher who has left his personal and distinguished mark on … END_OF_DOCUMENT_TOKEN_TO_BE_REPLACED 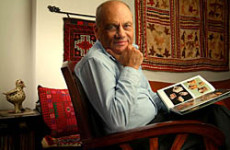 For his research and professional work, which have placed him in the forefront of Israeli archaeology; for disseminating archaeological knowledge through scientific editing and publishing; for the extensive excavations in … END_OF_DOCUMENT_TOKEN_TO_BE_REPLACED