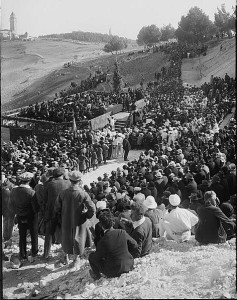 The Hebrew University of Jerusalem is Israel’s oldest and largest university. It has been ranked as one of the 100 most outstanding academic institutions in the world. The First Board of Governors included Albert Einstein , Sigmund Freud , Martin Buber andChaim Weizmann.

One of the Zionist movement’s dreams was to establish a Hebrew university in the Land of Israel. The establishment of the university was proposed as far back as 1884 in the Kattowitz conference of the Hibbat Zion society. A major supporter of the idea was Albert Einstein, who bequeathed his papers and entire estate to the University. The cornerstone for the university was laid in 1918, and, seven years later, on April 1, 1925, the Hebrew University campus on Mount Scopus of Jerusalem was opened at a gala ceremony attended by the leaders of the Jewish world, distinguished scholars and public figures, and British dignitaries, including Lord Arthur James Balfour, Viscount Allenby and Sir Herbert Samuel. The university’s first Chancellor was Judah Magnes. By 1947, the University had grown to become a large, well-established research and teaching institution.

Mount Scopus in Hebrew: ‘Har Htzofim’, which overlooks the Old City of Jerusalem. Today nearly 24,000 students study on the four campuses of the University: Mount Scopus Campus houses: the Faculty of Humanities and School of Education; Faculty of Social Sciences; Faculty of Law and Institute of Criminology; School of Business Administration; School of Occupational Therapy; School of Social Work & Social Welfare  and the Rothberg International School.

There are 3 more Campuses in Israel that belong to the Hebrew University:

The university was again touched by conflict on July 31, 2002, when a Palestinian construction worker (a resident of East Jerusalem) exploded a bomb in the university’s crowded “Frank Sinatra” cafeteria during lunch time. Nine people – five Israeli citizens, three American citizens, and one citizen of both France and the United States were killed by the explosion and many more injured. Hamas claimed responsibility for the attack. World leaders including Kofi Annan, President Bush, and the President of the European Union issued statements of condemnation.

The Jewish National and University Library is the central and largest library of Hebrew University and one of the most impressive book and manuscript collections in the world. It is also the oldest section of the university. Founded in 1892 as a world center for the preservation of books relating to Jewish thought and culture, it assumed the additional functions of a general university library in 1920. Its collections of Hebraica and Judaica are the largest in the world. It houses all materials published in Israel, and attempts to acquire all materials published in the world related to the country. It possesses over 5 million books and thousands of items in special sections, many of which are unique. Among these are the Albert Einstein Archives, Hebrew manuscripts department, Eran Laor map collection, Edelstein science collection, Gershom Scholem collection, and a unique collection of Maimonides’ manuscripts and early writings. These culturally rich repositories are a destination for tourists, along with the university’s students.

The Hebrew University is open to all academically qualified applicants, regardless of nationality, race, creed, color or religion. Studies are offered on the undergraduate, graduate and doctoral levels and postgraduate diploma programs.The Hebrew University enjoys a worldwide reputation in many fields. It is home to the world’s largest Jewish studies library, and some of the world’s most eminent scholars have been faculty members, among them Gershom Scholem, Yeshayahu Leibowitz, Daniel Kahneman and Robert Aumann. Four of Israel’s prime ministers are alumni of the Hebrew University, including the current prime minister.

IsraCast chooses this literary quotation as the most apt reaction of many Israeli legal experts, as well as disgruntled voters, who are now flabbergasted by their High Court’s ruling. To … END_OF_DOCUMENT_TOKEN_TO_BE_REPLACED 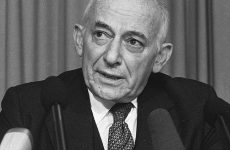 Operation Entebbe, also known as the Entebbe Raid or Operation Thunderbolt, was a counter-terrorism hostage-rescue mission carried out by the Israel Defense Force at Entebbe Airport in Uganda on the early morning … END_OF_DOCUMENT_TOKEN_TO_BE_REPLACED