Obama official: “Israel’s Prime Minister, Bibi Netanyahu, is a chickenshit who doesn’t have the guts to bomb Iran!”

Above and beyond the startling headlines about a senior Obama official calling Netanyahu “chickenshit”, there is the far more important revelation by reporter Jeffrey Goldberg in his latest expose in the Atlantic magazine. A second senior Obama official agreed Netanyahu was a chickenshit not only in the Palestinian peace process, but also on the Iranian nuclear threat:

“The Obama administration no longer believes that Netanyahu would launch a preemptive strike on Iran’s nuclear facilities in order to keep the regime in Tehran from building an atomic arsenal. It’s too late for him to do anything. Two, three years ago, this was a possibility. But ultimately, he couldn’t bring himself to pull the trigger – it was a combination of our pressure and his own unwillingness to do anything dramatic. Now it’s too late.”

The Obama official has publicly tipped off Iran they have nothing to fear because the U.S. believes it has neutralized an Israeli preventative strike.

First, the official admits that Israel’s veiled threat to attack Iran had aided the Obama administration in launching a serious diplomatic campaign to halt Iran’s nuclear weapons program. Second, it implies that if Bibi is a paper-tiger then the U.S. is free to ignore the Israeli PM’s warning about a bad deal that will enable Iran to become a nuclear threshold state. Third, the official mocks Bibi’s willingness to cooperate with Washington on Iran and delights in “Now it’s too late.”

What message does this send to Tehran in the home stretch of the current negotiations that are due to expire on November 24th? It is music to the ears of the ayatollahs and President Hassan Rouhani. The Obama official has publicly tipped off Iran they have nothing to fear because the U.S. believes it has neutralized an Israeli preventative strike. And if Washington is now trying to entice Tehran to step up its military role against Islamic State, its archenemy, won’t it back off on its nuclear demands? So it does not look good for a nuclear deal that will bar Iran from continuing its clandestine development of A-bombs.

To date, the Iranians have not offered any significant concessions on uranium enrichment, and now they will be more obdurate than ever, thanks to Obama officials. This is the Obama payback for Netanyahu’s image of “recalcitrant, myopic, reactionary, obtuse, blustering, pompous and Aspergery.”

“…I don’t have any hope for the immediate creation of a Palestinian state…but I would also like to see Israel foster conditions on the West Bank and in East Jerusalem that would allow for the eventual birth of such a state.”

Many Israelis would agree, but a vast majority still prefer Netanyahu for prime minister after the recent war with Hamas in Gaza and the current meltdown in the region with Islamic State threatening Syria, Iraq, Jordan and Lebanon, that are all on Israel’s borders. Even Goldberg took issue with Secretary Kerry’s relentless drive to eke out an agreement for a Palestinian state on the West Bank at this time:

“Unlike the U.S. Secretary of State, John Kerry, I don’t have any hope for the immediate creation of a Palestinian state (it would be dangerous, at this chaotic moment in Middle East history, when the Arab state system is in partial collapse, to create an Arab state on the West Bank that could easily succumb to extremism), but I would also like to see Israel foster conditions on the West Bank and in East Jerusalem that would allow for the eventual birth of such a state.”

Well said Mr. Goldberg – you have articulated the position of what I believe is the position of Israel’s silent majority. Moreover, in neighboring Jordan, where the Palestinians now are a majority, King Abdullah has mobilized his army for fear of the Islamic State moving closer to his borders and perhaps fomenting a Palestinian rebellion to topple the regime. It is a historical fact that Israel serves as an insurance policy for Jordan, having come to its aid when threatened by forces from Syria and Iraq. (Jordan made peace with Israel twenty years ago, and it is standing Israeli policy that if Jordan is invaded, Israel will come to its aid.)

Question: have American strategic planners on the National Security Council or at Foggy Bottom considered the implications of a Hamas takeover on the West Bank after an IDF withdrawal, and the implications for Jordan?

It is also worth noting that although Amman often castigates the Jewish state to placate its Palestinian population, Israel supplies Jordan with a critical supply of desalinated water and will also pipe gas from its offshore rigs in the Mediterranean.

It is also worth noting that although Amman often castigates the Jewish state to placate its Palestinian population, Israel supplies Jordan with a critical supply of desalinated water and will also pipe gas from its offshore rigs in the Mediterranean. The Israeli Prime Minister is not stupid. So why did he announce those 1,000 new housing units beyond the old lines in Jerusalem that would obviously provoke another sharp American reaction? And why in his Knesset speech did he refer to (American) “reckless initiatives every Monday and Thursday” that would prevent the Jewish state from defending itself by itself. (And speaking of the venerated Yitzhak Rabin, he also insisted on a significant IDF presence in the Jordan Valley Basin as part of any peace accord with the Palestinians). It is true that Netanyahu has ‘written off’ President Obama’s Middle East policy, but that also applies to Egypt, Saudi Arabia and most of the Gulf States, who would probably agree that the U.S. President is ‘out of touch with reality’.

As for the timing, Netanyahu seems to have fulminated against Obama’s Middle East policies just days ahead of the November midterm elections in the U.S. The PM believes firmly that Israel enjoys strong support from grass roots America and the U.S. Congress, and apparently feels it’s worth the risk. It’s a big gamble and Goldberg may be right that after the midterms, Obama officials will not only curse Netanyahu with expletives, but also inflict some diplomatic and maybe economic damage as well.

But despite the vitriolic words flying between Washington and Jerusalem, there is the curious case of Defense Minister Moshe Yaalon’s recent visit to the U.S. capital. Several months ago at a private gathering, Yaalon blasted the proposals presented by Kerry, special envoy Martin Indyk, and General John Allen. Haaretz got wind of Yaalon’s description of Kerry as “obsessive and messianic’ that made its headlines.

There was more Obama payback – Vice President Joe Biden, Secretary Kerry, and National Security advisor Susan Rice surprisingly could not find the time to see Yaalon. However, the Israeli Defense Minister and Defense Secretary Chuck Hagel did hit it off – it has been announced that Israel is to purchase another twenty-five F-35 stealth aircraft in addition to the nineteen now on order. The first of these aircraft are due for delivery sometime between 2016 -2018. Apparently, they will not land in Israel before any Israeli preventative strike on Iran. However, the senior Obama official, who played down the Israel Air Force ability to destroy Iran’s nuclear weapons facilities, would do well to look at an interview with IDF Gen. (ret) Amos Yadlin , one of the eight pilots who bombed Saddam Hussein’s nuclear reactor in 1981 (At the time, that air strike was first condemned but later praised by Washington).

Interviewed by Ben Birnbaum in New Republic just over one year ago, Yadlin was asked what he would say to people who thought Israel could not destroy Iran’s nuclear sites:

And this final footnote: I once heard a former Israeli Air Force commander asked if the Americans know all about Israel’s air capabilities. He replied:

‘Indeed they know a great deal about our air capabilities, but they don’t know everything’. 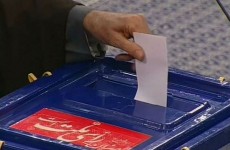 Talk about stacking the deck… all the ‘moderate’ candidates who won in the recent election were first evaluated by the all-powerful Guardian Council of ayatollahs. These fanatical Shiite clerics hold … END_OF_DOCUMENT_TOKEN_TO_BE_REPLACED

All systems are go for Israel’s Air Force to start operational training on their F-35s, touted to be the top fighter-bomber in the world. Israeli top pilots have long been … END_OF_DOCUMENT_TOKEN_TO_BE_REPLACED 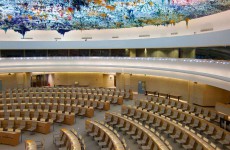 Instead of constantly defending ourselves, we should flood the United Nations’ institutions with complaints, reports and information about the destruction taking place in our region. On the fifth year of … END_OF_DOCUMENT_TOKEN_TO_BE_REPLACED