The department treats patients of all ages who are in need of bone marrow transplantation. Treatment is provided within an integrated setting including both inpatient and ambulatory treatment centers. The department includes a laboratory complex which is affiliated with the Hebrew University’s School of Medicine.

The laboratory’s team, headed by Prof. Reuven Or, includes a number of highly respected and accomplished scientists who conduct advanced research with a focus on the immuno-biological mechanism of stem cells derived from cord blood and bone marrow. 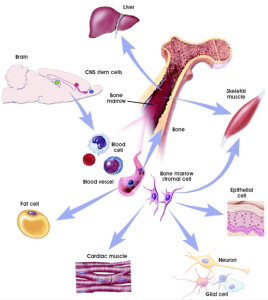 Prof. Reuven Or, the director of the Center for Stem Cell Ttransplantation, Research, and Development, completed his fellowship in hematology/oncology at the Hadassah University Medical Center where he specialized in bone marrow transplantation. He continued his post graduate studies in immunology at the University of Colorado in the USA. There he focused on the role of the immune system’s cells and their activation mechanism via intra- cellular signals.

As one of Hadassah University’s senior scientists, Prof. Or continues to conduct research on various clinical topics, including the prevention of liver complications following bone marrow transplantation and immunotherapy using donor derived lymphocytes (immune cells) for the eradication of malignant diseases that would otherwise prove fatal. He was responsible for the creation of a model that detailed a regimen of minimal pre-transplant conditioning for the preparation for stem cell transplantation in order to reduce the toxicity of therapy.

In addition to his other responsibilities Prof. Or heads up the Ambulatory Therapy Center which treats patients after transplantation. In this role he has established protocols that ensure that the highest level of quality controls are implemented to provide the best possible outcome for the Center’s patients. Moreover, Prof. Or serves as the Medical Director of the Volunteer Bone Marrow Bank and also as the Medical Director of the Israeli National Public Umbilical Cord Blood Bank.

Professor Or founded the transplant center on the principles of providing individualized therapy in a setting of intensive academic activity. In this setting Dr. Or and his team provide life-saving treatments that are delivered quickly and tailored to the patient’s particular needs. These treatments save more lives and also improve the patient’s quality of life.

In 2002 Prof. Reuven Or received an award for excellence from the Committee of Medicine and Law in Israel, for the successful combination of clinical treatment with research and education

In December 2008 Prof. Or received the Menachem Begin Prize for his extensive medical and research work and for the establishment of two essential and life saving national projects: The unrelated volunteer bone marrow donor registry and the national public umbilical cord blood bank.

Over the past decade there has been consistent progress in the area of bone marrow transplantation to treat both children and adults. Medical research has born fruit that has led to major breakthroughs which, in turn, have saved many lives. Professor Reuven Or and his staff established the Transplantation Center and were early leaders in performing bone marrow transplants, originally in children and later in adults. In 1986 the first transplants were done by the removal of the bone marrow components which caused significant graft-versus–host complications. These experiences proved that cells from a donor’s immune system have a strong biological ability to attack cancerous cells which remain in the patient following the transplant. On that basis, a new immune cell therapy was developed and used to treat severe cases which were previously considered untreatable.

Once the validity of immunotherapy was established, it became possible to develop models for low intensity pre-transplant preparatory conditioning. This was based on observations that donor derived cells posses the ability eliminate host cancer cells in conjunction with chemotherapy and radiation.

Today Prof. Or and his staff are building upon prior models and using moderate treatments to achieve impressive results in patient acceptance of grafts and the eradication of malignant diseases. This is primarily being accomplished through staging biological attacks by cells from the graft source. Professor Reuven Or together with the Hadassah Medical Center staff are working diligently on research and development to control immunobiological processes and foster tissue repair of bone marrow derived cells (mesenchymal stem cells).

Cell therapies developed, and were adopted by centers around the world. Today we have reached the point where the transplantation process (including treatment of infection complications, especially viruses and also in medical oncology including cell therapy) can take place without the need for transplants of bone marrow cells. It is estimated that hundreds of patients in Israel, and thousands throughout the world, will be saved as a result of research and developments like that which is taking place at the Hadassah Medical Center, directed by Prof. Reuven Or. His work has been published in major scientific journals throughout the world.

The medical center for transplantation:

In hospitals around the world patients of all ages (from infants to adults) are suffering from advanced illnesses that can only be treated by transplantation therapies. These include:

It is the challenge of the medical teams to provide patients with the highest level of modern medical treatment.

Current hemo-oncological therapies are not sufficiently effective against those cancer cells which are highly resistant to cytotoxic agents and radiation. Therefore we must invest in the research and development needed to find more effective treatment modalities for the many patients – children and adults – in need of advanced medical care. We need to develop greater therapeutic capacities and new approaches for the prevention of complications.

Our pre-clinical research focuses on new approaches to stem cell based therapy and on the development of new therapeutic processes for severe illnesses requiring stem cell transplantation and immune activity targeting. The research section of the Transplant Center, directed by Professor Reuven Or, employs a team of respected researchers who work with, and mentor, students of all levels. These include medical students preparing their final thesis, MDs specializing in basic science, and MSc’s and PhD’s focusing on research topics directly related to stem cell transplantation and cancer immunotherapy.

Among the research projects currently taking place, the most important are:

2. Development of new approaches for improving the immune function, in preventing infections, and eradicating malignancies after stem cell transplantation.

4. Monitoring the immune function in patients after bone marrow transplantation.

8. Researching the mechanism and the control of the development of graft-versus–host disease following bone marrow transplantation.

Number of transplants in the bone marrow transplant center 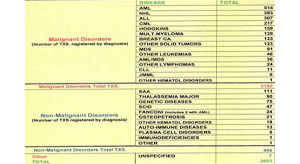 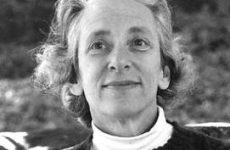 If Israel’s leader, Benjamin Netanyahu, had followed through on his July 1st deadline for annexing part of Judea and Samaria (West Bank), the brilliant Barbara Tuchman, if she were alive … END_OF_DOCUMENT_TOKEN_TO_BE_REPLACED 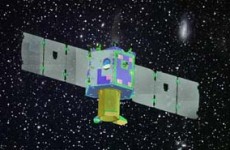 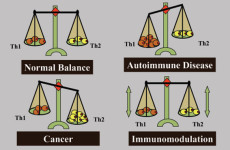