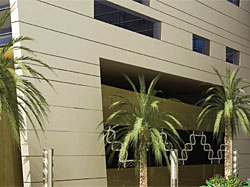 Research efforts are concentrated within six core areas that were identified when the Bar-Ilan Institute of Nanotechnology & Advanced Materials was established. Each research area has its own dedicated Center within the Institute. The six centers of excellence are: Nano-Materials Center, Nano-Medicine Center, The Dahan Nano-Energy Center, Nano-Magnetism Center, Nano-Cleantech Center and Nano-Photonics Center.

The field of nano-materials is the very foundation of nanotechnology and nanoscience. The search for innovative synthesis methods and ways to prepare nano-scale materials in various forms, such as particles, rods, and nano-layers, is the very first stage in any nanoscience application. The BINA Nano-Materials Center is at the forefront of this seminal work – researching new methods and approaches to synthesize and characterize size, structure and chemical composition of materials and overcoming the formidable challenges involved in controlling the preparation of nanoscale materials to ensure they possess the desired properties to advance applicative research. 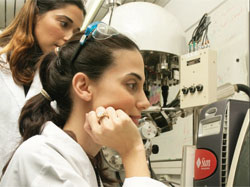 A group of leading Bar-Ilan University scientists has been working on nano-scale materials since the mid-1990s. The breadth and scope of this work resulted in Bar-Ilan University being ranked 3rd in the number of citations for advanced materials publications between 1999 and 2004. Since then, the Nano-Materials Center has expanded its ranks and influence, and today is home to no less than 17 research groups. Among the many groundbreaking projects these groups are working on are Prof. Aharon Gedanken’s research to develop new and innovative methods for the preparation and synthesis of nano-scale materials. Prof. Chaim Sukenik, the Nano-Material Center’s Director and a world-renown pioneer in this field, leads a group working on self-assembly of nanoscale layers with a variety of highly important properties, such as non-flammable monolayer covers. Prof. Shlomo Margel and Prof. Jean Paul- Lellouche are applying methods to synthesize functional materials for medical applications that will bring about important paradigm shifts in the world of drug delivery and diagnostic medical imaging. Other areas of interest include the study of chiral surfaces and monomolecular films on liquid surfaces. These, and scores of other projects, are setting the pace of advanced materials research not only within the field of nano-materials, but throughout the entire spectrum of nanotechnology research. 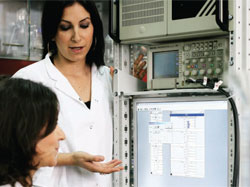 One of the most exiting areas of nanotechnology, and that holds so much promise for improving the lives and health of millions, is nano-medicine. At the Bar-Ilan Institute of Nanotechnology & Advanced Materials, this work is spearheaded by Professor Uri Nir, Director of the Nano-Medicine Center and Vice Dean of the Faculty of Life Sciences.

Current research in the Center focuses on one of the greatest challenges of modern medicine: developing new and innovative approaches to treating cancer that address the disease at the very core of its deadly mechanisms. For example, Prof. Nir’s work has revealed a “smoking gun” – an enzyme that in several tissue types plays a pivotal role in the onset of cancer and has shown the ability to directly strike down or halt the mechanism common to the disease process in prostrate, breast and colon cancers. Other members of the Nano-Medicine Center are researching new mechanisms, innovative chemotherapeutic drugs and targeted drug delivery methods to site-specific cells in the area of oncologic diagnostics and treatment as well. A veritable interdisciplinary rainbow of chemists, biologists and physicists in the BINA Nano-Medicine Center collaborate closely to advance the development of targeted delivery of anti-cancer drugs inside living cells. Examples include Dr. Yoav Paas’ significant strides in anti-cancer drug delivery through ion channels in cell membranes and Prof. Benny Ehrenberg’s discoveries using fluorescent light treatment to prevent disease. Nanotechnology is being applied in the realm of diagnostics as well, with projects related to magnetic nanoparticles that can be imaged using MRI techniques. 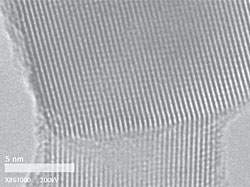 Research for sustainable energy sources is one of the highest priorities in supplying global energy needs due to the volatile state of the world’s oil supplies and markets. In response to growing demand for energy and the need to drastically reduce carbon dioxide emission, scientists across the globe are joined in the quest for renewable, carbon free, clean energy sources.

Prof. Doron Aurbach is world-renown for his work in the field of energy storage and conversion. Based on the premise that battery materials composed of nano-scale particles can provide a higher current extraction rate, his team is making serious progress in applying new materials for rechargeable batteries and super capacitors. Other examples of the working being conducted in the Center include the research being carried out by Prof. Arie Zaban,the Director of BINA and the Nano-Energy Center, in the field of dye-sensitive solar cells that are expected to be more cost-effective than current silicon-based solar cells. In addition, Prof. Zaban’s group is applying new research in nano-materials to develop energy-related components, such as innovative air electrodes for fuel cells based on a nano-structure catalyst. Using nano-scale thin superconducting films for studying magnetic flux dynamics, Prof. Yosef Yeshurun’s original work in the field of superconductivity is a vital link in this exciting area. Dr. Joseph Frey has introduced an innovative approach to build a bulk heterojunction, based on self-assembled p-conjugated rod-coil block copolymers, converting them into functional organic/inorganic nano-composites, such as titania/conjugated polymer and conjugated polymer/carbon nanotubes. These new nano materials are expected to enhance charge separation and thus improve the efficiency of the photovoltaic cells. Prof. Moshe Deutsch is studying the electrode-electrolyte interfaces produced by ionic liquids as promising electrolytes for battery systems. These projects and many more are at the heart of our planet’s pursuit for new sources and methods to produce sustainable, clean energy. 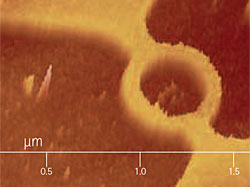 The field of nano-magnetism includes the development of nano-scale magnetic devices based on research of the special effects and behavior of magnetic materials on a sub-micron scale. The BINA Nano-Magnetism Center is headed by Prof. Lior Klein, who specializes in the behavior of spintronics, the Hall Effect and the development of magnetic sensors and magnetic non-volatile memory elements. The work of Prof. Aviad Frydman focuses on the magneto-transport properties of various low dimensional magnetic systems, such as ultrathin films, nano-magnetic grain systems, 1-D magnetic wires, ferromagnetic mesoscopic systems and transport through a single nanoparticle. This work is leading toward the development of high-density memory media and magnetic sensors. Prof. Yosef Yeshurun, who has been working for many years on superconductive materials and is world-renown for his work in this field, has recently expanded his research to tackle fundamental questions in the field of nano-magnetism, such as “What is the influence of a particle’s size on its magnetic properties?” and “Does magnetism disappear below a critical size?” Prof. Yeshurun’s basic research includes the preparation of new materials with “tailor-made” properties and the magnetic characterization of new nanoparticles, and is expected to lead to the development of components for high-power applications. 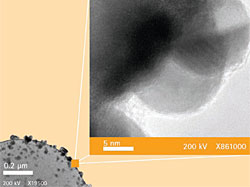 Concern for our planet has made the field of environmental and clean technology especially interesting – and particularly relevant. The Nano-Cleantech Center within the Bar-Ilan Institute of Nanotechnology & Advanced Materials includes two research groups. The first, headed by Prof. Doron Aurbach, the Center’s Director, is active in electrochemistry and is presently working on new approaches for water deionization based on micro-size porous membranes. The second, headed by Dr. Ehud Banin who joined BINA in 2007, is carrying out research in the field of bio-fouling, working on studying their formation mechanisms and on the development of antifouling agents and surfaces. The Bar-Ilan Institute of Nanotechnology & Advanced Materials realizes the tremendous potential of the emerging field of nano-cleantech, and is investing significant resources and staff to advance its progress. 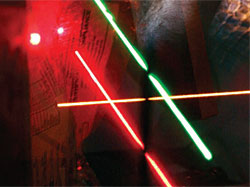 The field of nano-photonics is an extremely exciting area, encompassing two main areas of research: imaging & vision and information transport. Both have far-reaching influence in both industry and national areas, such as “smart” eyeglasses, faster computers, and national safety and security. 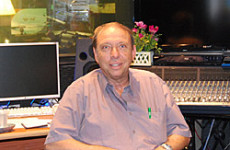 05/17/2020 Headline Update: BIBI BRAGS HIS BLOATED CABINET IS A BARGAIN! Knesset approves the new cabinet comprised of 34 ministers. In defending the biggest cabinet ever, Bibi said that he … END_OF_DOCUMENT_TOKEN_TO_BE_REPLACED