Time has run out. By August 26, Israel’s coalition government must approve a new state budget… otherwise, the government will fall, and Israeli voters will go to another snap election.

In a nutshell: some three months ago, Netanyahu’s Likud and the Blue and White party headed by Benny Gantz, formed a coalition government. After the last election ended in another dead heat, the two leaders agreed to rotate the premiership – Netanyahu would be PM for 18 months, then Gantz would replace him as Israel’s leader.

Only one problem, there was a big political pothole on the way. If the new government could not agree on a state budget, this would force the fall of the cabinet. This was apparent to the politicians, so they worked out what looked like a failsafe coalition cabinet if it would approve a state budget for two years. This political gimmick would prevent the Likud from refusing to pass a budget later on, before Netanyahu’s term had expired, and thereby prevent Gantz from replacing him.

It now seems that Bibi and the Likud are pulling a fast one. However, Bibi contends that the COVID-19 crisis has drastically altered the economic conditions, and it is now unfeasible to decided on a two-year budget program. In response, Blue and White cries ‘foul’ and accuses the Likud of reneging out of their agreement. The bottom line is that the government will fall if there’s no budget agreement within the next few days. So who is right? It is fair to say that most serious economists back the Blue and White position.

Likely, Netanyahu is considering that his startling peace agreement with the United Arab Emirates could win him a big victory if he now forces an early election.

Moreover, Bibi’s trial has officially opened, and in another few months, some of his former aides, who have turned state witnesses, will be testifying that the PM was involved in bribery, fraud, and breach of trust. Netanyahu wants to appear in court with all the prestige and clout of a serving Prime Minister, which will naturally weigh heavily with the Supreme Court judges.

This is also in line with the PM’s deliberate decision to keep alternate PM, Benny Gantz, and foreign minister, Gabbi Ashkenazi, totally out of the loop during the secret negotiations with UAE officials. Netanyahu has justified his bizarre decision to freeze out his two top government ministers by saying, “US President Donald Trump insisted on total secrecy.” Could it be Netanyahu, with another election in mind, wanted to take all the credit?

F-35 jets to UAE – a possible threat to Israel?

One of the spinoffs of the peace agreement that the US brokered is a possible sale of American F-35 fighter bombers to the United Arab Emirates. The F-35, now the backbone of Israel’s airforce, is considered the best in the world. In fact, the IAF is the first to use it in a combat role. In the past, Jerusalem has tried to persuade Washington not to sell its topline aircraft to the Arab states officially at war with Israel.

However, this went by the board when Washington sold F-16 fighters to Saudi Arabia several years ago. In that case, the US determined that Riyadh was not a frontline enemy of the Jewish state. In any case, President Trump now says, “The UAE has the money to pay for the F-35s, and the question is now under review.” Such a sale is worth billions of dollars to the US aircraft industry, with the news coming just before the November election.

Writing in Yediot Ahronot, Ret. IDF Gen. Giora Eiland assessed the military implications of F-35s being sold to an Arab state. Eiland, a highly-respected strategist, does not see the sale of the advanced aircraft as a threat to Israel if the peace treaty ever falls through. He agrees that the F-35 is the top fighter in the world, and this may erode some of Israel’s qualitative edge, but the UAE is far away from the Jewish state. At the same time, he noted that when the US previously sold F-16s to Saudi Arabia, some of them were stationed at a base located a shorter distance from Israel’s southern port of Eilat. Eiland noted that the IDF knew how to cope with this potential danger. He went on to say that the UAE has a stable regime, and he did not anticipate it would ever attack Israel with F-35s. On the contrary, Gen. Eiland concluded that the UAE actually poses a deterrent threat to Iran rather than Israel.

Palestinian leadership in a state of shock

Palestinian President Mahmoud Abas is still reeling from news of the dramatic peace agreement between Israel and the UAE. His whole strategy in recent years of trying to delegitimize the Jewish state has been left in tatters. Rather than trying to also forge a peace agreement with Israel, Abbas and his officials have mounted a concerted campaign for years at the UN and in other international organizations not only to boycott the Jewish state but to portray it as illegitimate.

Indeed, Abbas is entitled to be flabbergasted. In the more distant past, Egypt, followed by Jordan, and now the United Arab Emirates, are at peace with the Jewish state. Moreover, it has now been disclosed that Israel and the UAE have substantial business ties. Get this, Israeli and EUA fighter pilots have actually flown alongside one another on a training exercise in a foreign country.

Following news of the UAE breakthrough, there have been rumors that peace with more Arab states may not be far behind in making peace with Israel. However, amid speculation that Saudi Arabia may be next in line, Riyadh has announced that it will not follow suit until the Palestinians and the Jewish state make peace. In the past, several Israeli leaders offered the Palestinians a two-state solution (Yitzhak Rabin, Shimon Peres, Ehud Barak). But, in each case, they were met with unrelenting and successive waves of Palestinian terrorism. If only, following Israel’s latest peace achievement, the Palestinians would get serious and consider President Trump’s deal of dividing the West Bank – 70% Palestinian and 30% Israeli.

Consider this: an estimated 80% of the Israeli inhabitants on the West Bank live in 20% of the territory, and maybe that could be the final deal. But there is a high hurdle to overcome – the Palestinians must recognize that the Jews are also entitled to their own, and most ancient, homeland. Until there is such a Palestinian recognition, there will be no peace. and possibly even more Arab countries will realize that the Jewish state can be a valuable and trusted ally … (did someone just refer to Iran?) 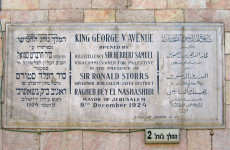 Op-ed: After 9/11, it seemed the world would be never be the same, that it was waking up, beginning to understand; but jihad has become stronger and more murderous, and … END_OF_DOCUMENT_TOKEN_TO_BE_REPLACED 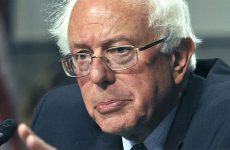 Another annual day of remembering the Holocaust has come and gone in Israel. As always, it was marked by a deeply moving ceremony on Jerusalem’s Mount Herzl near the Holocaust … END_OF_DOCUMENT_TOKEN_TO_BE_REPLACED