Two major revolutions, one genomic and one in informatics, are completely changing the face of biomedical research. Every day all over the world, millions of genetic sequences—from disease-related genes to complete genomes of plants, animals, bacteria and viruses—are resolved, identified and dissected.

One of the most fascinating applications of the available information stemming from different organisms is the possibility to identify novel disease-related genes and predict their biological functions. The technique is simple and based on the fact that genes that work together or those that play an important role in biology will be present together in organisms that need them. Conversely, genes connected to a particular function like vision will disappear from species that have lost the power of sight, and may therefore be identified by a comparison to the genes in normal animals.

One of the most important applications of this approach is the possibility to identify genes associated with genetic diseases and cancer.

Now, Dr. Yuval Tabach, a researcher from IMRIC—the Institute for Medical Research Israel‑Canada in the Hebrew University of Jerusalem’s Faculty of Medicine, has developed a new Internet tool that will allow any investigator, physician or patient to analyze a gene according to its evolutionary profile.

Dr. Tabach’s application is a product of his continuing research, which he began as a Fellow at Harvard University in collaboration with researchers and physicians from all over the world. This research revealed the possibility of comparing the evolutionary profiles derived from multiple organisms to predict the biological functions and clinical relevance of given genes. One of the most important applications of this approach is the possibility to identify genes associated with genetic diseases and cancer.

One example of a known mutation which increases the likelihood of developing breast and ovarian cancers is in the BRCA1 gene. Interest in this gene was highlighted when, in 2013, Angelina Jolie, having discovered that she had inherited the dangerous mutation from her mother who died of cancer aged 56, decided to undergo a preventative double mastectomy. However in the majority of cases, both for breast cancer and other genetically transmitted diseases, the identity of the gene responsible is unknown.

The significance of this tool is that anyone, physician or researcher, can input results from genetic mapping studies concerning suspected genes, and the tool will identify evolutionary, and probably functional, connections to known genes with association to diseases

By using the methods of genetic analysis developed by Dr. Tabach, researchers can now identify genes within the same network as the BRCA1 gene, or other associations of genes, simply by scanning the evolutionary profiles of tens of organisms with a single click. The number of organisms that can be scanned in this way is anticipated to increase to hundreds in the near future.

“The significance of this tool is that anyone, physician or researcher, can input results from genetic mapping studies concerning suspected genes, and the tool will identify evolutionary, and probably functional, connections to known genes with association to diseases” explains Dr. Tabach. “The process is rapid, without cost or time wasted, and enables the identification of genes responsible for diseases.”

An interesting example of a gene that could be identified using this phylogenetic profiling approach is the so-called “Vampire’s Disease,” more professionally termed porphyria. Representing a family of genetic diseases characterized by abdominal pain, sensitivity to sunlight, purple urine, and psychotic episodes, porphyria probably forms the basis for the prevalent myths of vampires. These diseases are rare, but there is evidence for hereditary porphyria in European royal families, and it may have been responsible for the madness of King George III as well as for the psychotic behavior of the painter Vincent Van Gogh, misdiagnosed as a depressive schizophrenic. Dr. Tabach demonstrated how, with one click, it is possible to identify essentially all the genes known to be associated with porphyria as well as other genes that, based on their phylogenetic profile, are very likely to be involved.

In the coming years, Dr. Tabach’s laboratory intends to focus on the identification of genes that prevent aging and protect against cancer…

The bioinformatics methods developed by Dr. Tabach have formed the basis for the establishment of a company dealing with computational pharmaceutics which will identify new indications for existing therapeutic agents. This could dramatically decrease the time and expense required to bring a new drug to market, and facilitate the development of treatments for rare orphan diseases.

In the coming years, Dr. Tabach’s laboratory intends to focus on the identification of genes that prevent aging and protect against cancer, by consideration of the genes of some fascinating species of organisms with increased longevity and an almost complete resistance to cancer. In addition the laboratory is working with a model which describes almost 40 neurological diseases with a related etiology including Huntington’s disease, ataxia, and fragile X‑syndrome.

This article has been republished with permission by MedicalExpress.com

Provided by the Hebrew University of Jerusalem 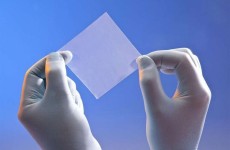 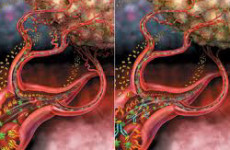 Researchers at Tel Aviv University are developing a new family of medicines that could provide preventive treatment for cancer, or turn existing cancer into a chronic disease that one can live … END_OF_DOCUMENT_TOKEN_TO_BE_REPLACED 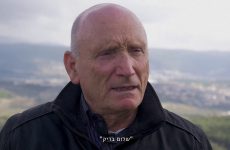 Ret. IDF Gen. Yitzhak Brik says, “No way.” There is no official Israeli reaction to the recent series of mysterious explosions at Iran’s nuclear facilities – nor is there likely … END_OF_DOCUMENT_TOKEN_TO_BE_REPLACED