The Hadassah medical convoy massacre took place on April 13, 1948, when a civilian convoy, escorted by Haganah militia, bringing medical and fortification supplies and personnel to Hadassah Hospital on Mount Scopus was ambushed by Arab forces. Seventy-nine Jews, including doctors and nurses, were killed in the attack.

In 1948, following the UN Partition Plan and anticipating Israel’s declaration of independence, access to Hadassah Hospital and the Hebrew University campus on Mount Scopus, Jerusalem was blocked by the Arabs. The only access was via a narrow road, a mile and a half long.

On April 13, a convoy of two Haganah escort cars, two ambulances and two buses set off for the hospital in the early morning. At approximately 9:45, the leading vehicle was hit by a mine and the convoy came under attack by Arab forces spraying machine gun fire. After the buses began to leak gasoline, they were set on fire by Molotov cocktails (petrol bombs).

British forces came to the convoy’s assistance, but had only limited resources. One of the first men on the scene was Major Jack Churchill. Churchill and his 12 men provided what cover fire they could against hundreds of Arabs. Following the massacre, Churchill oversaw the evacuation of 700 patients and staff from the hospital.

Seventy-nine Jews were killed by gunfire during the fighting or were burnt when several vehicles were set alight. Twenty of them were women. Among the dead were Dr. Chaim Yassky, director of the hospital and Dr. Moshe Ben-David, slated to head the new medical school, (which was eventually established by the Hebrew University in the 1950s). Many of the bodies were so badly burned they could not be identified. They were buried in a mass grave in the cemetery in Sanhedria, Jerusalem. For many years the number of casualties was thought to be 78, but recently it was confirmed that there were 79. One British soldier also died in the attack.

After the attack, no convoys were able to reach the hospital due to continued attacks on the road, and despite British assurances of assistance. The situation in the compound became grim, and the decision was made to evacuate the hospital in early May, leaving a staff of 200 to run at a reduced 50 beds. The hospital was effectively closed by the end of May, as no supplies could reach it, though a small number of doctors and students remained. In July, a deal was worked out where Mount Scopus became a UN area, with 84 Jewish policemen assigned to guard the now shuttered hospital.

1949, the hospital became a demilitarized Israeli enclave, with a small adjacent no-man’s-land (containing a World War I Allied military cemetery under British supervision) and the rest of Mount Scopus and East Jerusalem becoming Jordanian. The Israeli government and Hadassah donors then re-founded the hospital in Israeli West Jerusalem, with the original hospital staff (Hadassah Ein Kerem hospital). The Mt. Scopus hospital only resumed medical services after the Six-Day War. On the sixtieth anniversary of the massacre, the city of Jerusalem named a street in honor of Dr. Chaim Yassky, who led the ill-fated convoy. 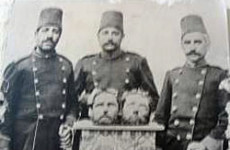 The Armenian genocide refers to the deliberate and systematic destruction (genocide) of the Armenian population of the Ottoman Empire during and just after World War I. It was implemented through … END_OF_DOCUMENT_TOKEN_TO_BE_REPLACED 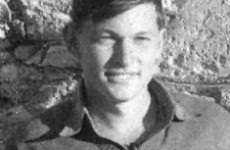 Avraham “Bren” Adan‎, (5 October 1926– 28 September 2012) was an Israeli general who served in the military between 1947 and 1973. Raised the Israeli “Ink Flag” following the successful Uvda Operation … END_OF_DOCUMENT_TOKEN_TO_BE_REPLACED