92 years old Mimi Reinhard was the secretary of Oskar Schindler, a German industrialist who saved hundreds of Jews from Nazi persecution

Mimi Reinhard, who is now 92 years old, was born in Austria and served for three years as the secretary of Oskar Schindler, a German industrialist who saved hundreds of Jews from Nazi persecution by hiring them to work in his company, an episode that served as the basis for the movie “Schindler’s list”.

Reinhard was hired in 1942 by Schindler and his partner Isaac Stern, and worked as a translator at the offices of a concentration camp in Poland.

She was later in charge of drawing up the lists of Jewish workers from the ghetto of the Polish city of Krakow who were recruited to work at Schindler’s factory, saving them from deportation to the death camps, and worked for Schindler until 1945.

Schindler, who died in 1974, was named by Israel’s Yad Vashem Holocaust museum as a member of the “Righteous of the Nations” for having saved the lives of some 1,300 Jews at a considerable risk to his own life.

Reinhard, who is Jewish and resided in New York, will join her son who immigrated to the Jewish state in the 1970’s. She lost her first husband, Polish, during the genocide. 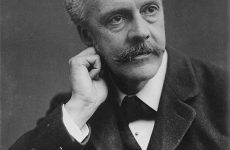 The letter stated the position that the British government supported Zionist plans for a National home for the Jewish people within Palestine. During the First World War, British policy became … END_OF_DOCUMENT_TOKEN_TO_BE_REPLACED

Hamas has released a recorded message from captured IDF soldier Corporal Gilad Shalit. The message is posted on the Web site of Hamas’s military wing. Israeli officials are considering their … END_OF_DOCUMENT_TOKEN_TO_BE_REPLACED