Although much is heard about the plight of the Palestinian refugees, little is said about the Jews who fled from Arab states. In 1945, there were more than 870,000 Jews living in the various Arab states. Many of their communities dated back 2,500 years. Throughout 1947 and 1948 these Jews were persecuted. Their property and belongings were confiscated. There were anti-Jewish riots in Egypt, Lybia, Syria, and Iraq.

More than a million Jews were expelled from Arab and Muslim countries between 1948 and 1974, without asking for compensation or the right to return. Pierre Rehov’s “Silent Exodus”, is a tribute to their tragedy.

On May 8, 1945, Nazi Germany surrendered to the Soviet Union and the Allied Forces. Today the world continues to remember and celebrate their salvation and the end of WWII Late … END_OF_DOCUMENT_TOKEN_TO_BE_REPLACED 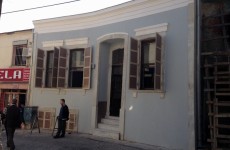 The Izmir Jewish Heritage Tourism project was formally launched as a tourism venture in Turkey this month at the Travel Turkey Izmir International Tourism Fair, which took place Dec. 4-7. … END_OF_DOCUMENT_TOKEN_TO_BE_REPLACED

Prof. Netanyahu was one of Israel’s greatest historians. His research focused on medieval Spanish Jewry and the history of Zionism. His books include: “Don Isaac Abarbanel”, “The Conversos of Spain” … END_OF_DOCUMENT_TOKEN_TO_BE_REPLACED