IsraCast Assessment: No Official Israeli Reaction But In Private Israeli Government Officials Are Likely To Be Infuriated With Russian Decision To Bolster Nuclear Capability of Iran That Threatens ‘To Wipe Israel Off The Map’

It’s now official – ‘Rosatom’, Russia’s Atomic Energy Agency has announced that on August 21st, Russian technicians will load Iran’s Bushehr reactor with nuclear fuel. Spokesman Sergei Navikov was quoted as saying: ‘From then on the rector will be qualified as a nuclear plant’. A Russian delegation headed by Rosatom director Sergei Kiriyenko is due to attend the ceremony. The news came just before the Sabbath when Israeli officialdom closes down until Sunday. However, IsraCast analyst David Essing has some unofficial comments.

‘Those bastards the Russians are going to sell the Iranians a nuclear reactor!’ Over twelve years ago in Jerusalem, that was the angry disclosure by a senior Israeli official at a closed door meeting with some American visitors during an invitation only gathering of the Sha-Sha Institute at the Mishkanaot Sheananin guest center. Until then, it was not public knowledge that Russia had stepped in to sell its nuclear know- how and equipment to the regime of the Ayatollahs which had, almost overnight, turned from being an Israeli ally to a dangerous enemy. At the time, the news that Russia had agreed to build the reactor came as a bombshell. Iran under the Shah, a close friend of Israel, had started the reactor project in 1975 with a group of German companies, including Siemens. But after the Khomeini revolution in 1979, U.S pressure forced foreign companies to pull out. I was attending that closed door session with the permission of the symposium’s organizer, but obviously the Israeli official was unaware a journalist was in the audience. In fact, no mention made about the official’s comment being off the record. So there I was with an international scoop and nothing I could do about as it would never have passed Israeli censorship. However it did tip me off about where the Khomeini regime was secretly headed. (A short time later, an Iranian professor, an exile living in the U.S., visited Israel and armed with knowledge that the Russians had agreed to build the reactor, I was able to focus on Iran’s nuclear plans when I interviewed him for the Voice of Israel radio station. The professor disclosed the Ayatollahs had vastly increased the country’s defense budget and he was convinced they were bent on acquiring nuclear weapons.) The news that Russia is now about to activate the nuclear reactor, in the face of the Iranian nuclear threat that endangers not only Israel, has brought the Bushehr affair full circle and does not auger well for the future.

But what of the Russian argument, that the Bushehr nuclear reactor is solely for peaceful purposes, in this case for electricity. I once put the question to the late Professor Yuval Ne’eman, the eminent Israeli physicist. His response: ‘Do you think there is a separate nuclear physics for peaceful purposes and another for producing nuclear weapons?’ So while Israeli officialdom is likely to respond with diplomatic drivel such as: ‘disappointment and dismay’ the real feeling was expressed more than twelve years ago. It remains to be seen whether Russia will now supply Iran with its vaunted SA-300 anti-aircraft missiles to help the Iranians defend their nuclear weapons sites. But what is abundantly clear is that Russia has now crippled the latest set of sanctions against Iran that were approved on June 9th.

Where is the sense in Russia’s support for the sanctions aimed at halting Iran;s nuclear weapons program but then agreeing to ‘launch’ Iran’s first nuclear reactor? Surely Moscow is guilty of violating its international responsibility by helping such a dangerous country as Iran to go nuclear. It will undoubtedly reassure President Achmadenijad that the UN is bluffing and the road is open for Iran to continue its drive for nuclear weapons. It is important to look at recent history to foresee future developments. France once sold an Osirak nuclear reactor ‘for peaceful purposes’ to none other than Iraqi tyrant Saddam Hussein, who promptly used it to start developing his own nuclear weapons. Israel’s Prime Minister Menachem Begin and his cabinet ordered the Israel Air Force to launch a preemptive strike completely destroying the reactor on June 7th, 1981. The rest of the world, including U.S. President Ronald Reagan, at first lambasted Israel only to later laud the Jewish state for preventing Saddam Hussein from getting the bomb. This at a time that Iran makes no bones about its centrifuges already enriching uranium, eventually to weapons grade, for in defiance of the international community. As the French would put it: ‘Deja vu’!

‘That’s all we needed! What next? This was probably the reaction of most Israelis to the breaking news that a former Israeli was arrested on suspicion of stabbing five American blacks to death and wounding fifteen others in the vicinity of Flint. Michigan. And to make matters even worse, the suspect was caught while trying to board a flight to Tel Aviv. Then things began to clear; Elias Abu Elazam was an Israeli Arab, in fact a Christian, who had emigrated from Israel to the U.S. years ago. But aside from the tragedy of the victims and their families, Israel has to be very sensitive about its image in the U.S. on which the Jewish state is dependent in many ways. So it was no wonder that most Israelis breathed a sigh of relief when the identity of the suspect was revealed.

Abu Elazam grew up in the mainly Arab town of Lod, which is a hotbed of crime and gang warfare. Not much has emerged about his family, his church ties, or whether suffered from mental problems. Some residents reacted by saying they couldn’t believe Abu Elazam was a serial killer adding:’He came from one of Lod’s best families’.

On the other side of the ledger, U.S. Marines slated to see action in Afghanistan and Iraq, have been training in Israel. A Channel 1 exclusive showed the Marines conducting a joint exercise with IDF infantrymen at a replica of an Arab village built at the Zahaleem base in the Negev. Both forces face the same mission of taking on guerrillas, who often fight from amid or behind civilian populations, whether in Gaza or Afghanistan. One IDF commander called it a joint effort: ‘We give them our know-how and we try to learn from them’. A Marine officer said: ‘It’s a great opportunity for us to train in an environment we’re not familiar with’. Tactics also include how to free kidnapped soldiers and the evacuation of wounded while under fire. Recently, it was also disclosed that German Air Force officers have also been training in Israel on operating pilotless drones.

There have long been persistent reports that the Turkish Army is using banned chemical weapons against the PKK Kurdish rebels. The German magazine Der Spiegel reported that German experts have verified the authenticity of photographs indicating that PKK ( Kurdish Worlers’ Party) fighters have been killed by chemical weapons. In the past, the Turks have also been suspected of bombing PKK strongholds and then deliberating setting fire to nearby forests where civilians fled for cover. Turkey has brutally suppressed any move by the Kurds to acquire cultural autonomy. Recently, violence has soared possibly as a result of the pending U.S. evacuation from Iraq. The Turkish government of Prime Minister Recep Tayyip Erdogan has rejected allegations of Turkish war crimes calling them ‘PKK propaganda’. On the other hand, the PKK charges that Erdogan has ordered his army to take whatever measures are necessary to quell the Kurdish rebellion. Erdogan, who has campaigned for an inquiry into the killing of nine Turks among the scores that attacked Israeli soldiers enforcing the naval blockade of Gaza, may now face an inquiry of his own.

Some German legislators are now demanding an international inquiry into whether Turkey has been using chemical weapons against the Kurds. Turkey, after being rejected for membership in the European Union, has set its sights on leadership in the Arab world. Erdogan has adopted a clear Islamist agenda and formed a new partnership with Iran and Syria. It will be interesting to see what Turkey’s voters think of Erdogan’s policies in an upcoming referendum on September 12th. Although it has to do with the role of the courts and the Turkish army which serves as guardian of the country’s secular constitution the outcome will be far more significant on where Turkey is headed. If Erdogan loses the referendum it will reflect on his chances of winning the next general election. 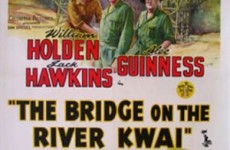 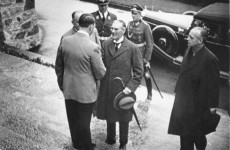 The comparison between Lausanne 2015 and Munich 1938 lets Iran off lightly, as Germany at the time wasn’t calling for ‘Death to the Jews’. When Jan Masaryk, the foreign minister … END_OF_DOCUMENT_TOKEN_TO_BE_REPLACED