Purim is right around the corner here in Israel; and while it is not one of the Seven Biblical Feasts that Jews are commanded to observe, like Chanukah, it has become a staple of the Jewish tradition, and in Israel is celebrated somewhat like a national holiday; and a very colorful one at that.

All across Israel, children and adults alike will be dressing up in their favorite Spiderman and Dora the Explorer outfits to go to work, school, and attend city carnivals and festivals.  From the secular street parties to the exuberant and even theatrical synagogue readings of the Megillah (the book of Esther), this holiday is impossible to ignore.

…it is a commemoration of our continued survival against impossible odds, an ever relevant struggle and point of reflection in the saga of the Jewish people and the Israeli state.

The story of Purim is actually somewhat of a recurring theme within the Jewish historical narrative, and perhaps that is one of the reasons why it has been so whole-heartedly adopted by the Jews – it is a commemoration of our continued survival against impossible odds, an ever relevant struggle and point of reflection in the saga of the Jewish people and the Israeli state.

The book of Esther itself is a very interesting one and somewhat of an oddity in the Old Testament, standing out as the one book which holds virtually no reference to God.  In fact, the closest it ever comes to nearly mentioning a divine power of any kind is when Mordecai states to Hadassah (Esther) that salvation for their people will come from somewhere else, if not through her (Esther 4:14).  This scandal caused it to be the last of the 24 books of the Old Testament to be canonized by the Great Assembly, and only after much debate.  While there are many theories behind the apparent secular/agnostic nature of the narrative, it is commonly accepted in today’s interpretations as implying that Esther was used by God to save the Jews of the Persian kingdom from mass genocide.

The tradition [of masquerading] actually originated in 14th century Italy as a result of Christian influence on the local Jewish community.

So why do we in Israel celebrate our miraculous survival by dressing up?  Good question!  While many rabbis have tried to retroactively explain and Judaize the custom of masquerading (by making comparisons to Esther’s need to hide her true identity, or the presence and motives of God being hidden throughout the story), the tradition actually originated in 14th century Italy as a result of Christian influence on the local Jewish community.  In the 13th century it was a customary Italian practice to hold days of carnival (and masquerading) leading up to Lent, which usually fell right around the same time as Purim.  Since the Jews already celebrated Purim with feasting and drinking,  the carnival atmosphere naturally permeated the already festive tradition over time.  But it has no real religious significance.

So while Purim seems to offer something for everyone, be it spiritual or purely festive, one universal theme strikes a chord, that of the miraculous survival of the Jewish nation over the centuries and until this day, where the story is retold once more from Israel.  The Jewish legacy of exile, persecution, faith, and miraculous salvation.  It seems an apt time and place to quote Israel’s first prime minister, David Ben-Gurion, who said, “In Israel, in order to be a realist you must believe in miracles.”

“In Israel, in order to be a realist you must believe in miracles.” 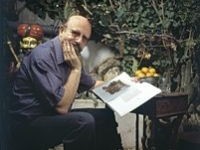 The EMET prize is awarded to Prof. Emanuel Tov for his crucial contribution to the study of the Biblical text and the Septuagint, as well as the outstanding management of … END_OF_DOCUMENT_TOKEN_TO_BE_REPLACED

The Emet Prize is awarded to Prof. Moshe Oren for his trailblazing research into the understanding of the molecular and biochemical foundations of cancer and his leading-edge contribution to the … END_OF_DOCUMENT_TOKEN_TO_BE_REPLACED