IsraCast Comment: Peres Could Have Recalled Turkey’s Past Oppression Of Armenians & Current Warfare Against Kurds

‘What would you do if missiles were falling on Istanbul!’ That was the passionate reaction of President Shimon Peres to the condemnation of Israel by Turkey’s Prime Minister Erdogan as they collided head-on at the World Economic Forum in Davos. The Turkish leader had again castigated the Jewish state for launching its military operation to halt the Palestinian rocketing of Israeli civilians from the Gaza Strip that has been going on for eight years. Erdogan’s verbal assaults have surprised Israel in light of the fact here is what is called ‘the secret strategic alliance’ between the two non-Arab countries in the Middle East.

Erdogan’s sudden and what Israel views as totally unjustified condemnation has taken Jerusalem by surprise. Some Israeli experts say it may be linked to upcoming elections in Turkey – Erdogan is the head of the Islamic Party and may be trying to garner votes from Islamists by bashing Israel

Since the Turkish leader’s sharp criticism, tens of thousands of Israeli tourists have canceled their trips to their favorite resorts in Turkey. The Turkish leader had also been acting as a mediator between Prime Minister Ehud Olmert and Syrian President Assad. Erdogan’s sudden and what Israel views as totally unjustified condemnation has taken Jerusalem by surprise. Some Israeli experts say it may be linked to upcoming elections in Turkey – Erdogan, leader of the Justice and Development Party, may be trying to garner votes from Islamists by bashing Israel. This is arousing criticism by Erdogan’s political rivals back home.

Human rights organizations have long pressured Israel to condemn Turkey for genocide in murdering over one million Armenians in 1915. Moreover, today Turkey itself shows less restraint that Israel in its confrontation with its own Kurdish population which seeks autonomy

Turkey’s Foreign Minister has been quoted as taking a different view of the war in Gaza. Turkey’s top diplomat reportedly said that Hamas should decide whether it wants to carry guns or conduct politics. Turkish sources are also aware that Erdogan’s allegations against the Jewish state could backfire.

For example, human rights organizations have long pressured the Jewish state to lend its voice to the international move to condemn Turkey for genocide in murdering over an estimated one million Armenians in 1915. But for whatever reason, Israeli governments have refrained from doing so. Moreover, today Turkey itself shows far less restraint that Israel in its ongoing confrontation with its own Kurdish population which seeks autonomy. Turkey also launches cross border raids against the Kurds and has warned it will go to war to prevent the establishment of an independent Kurdistan. 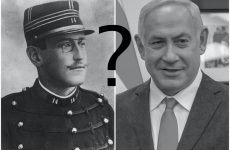 Bibi Netanyahu has come out with all guns blazing! Within 30 minutes of Attorney General Avichai Mandelblit’s indictment, a solemn-faced and obviously shaken Netanyahu also spoke to the nation. Although … END_OF_DOCUMENT_TOKEN_TO_BE_REPLACED 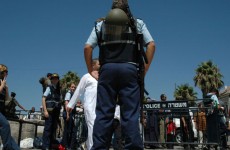 “What would you do in New York, Washington, London or Paris if terrorists were attacking people in the streets with knives and meat cleavers? Your policemen would act immediately to … END_OF_DOCUMENT_TOKEN_TO_BE_REPLACED 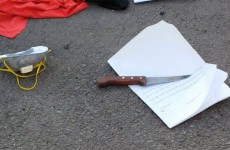 Was the killing of a wounded Palestinian terrorist, who had just stabbed an IDF soldier, justified or not? The case has turned into both a domestic and international furor. Not … END_OF_DOCUMENT_TOKEN_TO_BE_REPLACED