Despite Iranian President Ahmadinejad’s evil intentions, the new Yad-Vashem Persian website had more than 10,000 visitors since it went online last Thursday. The site contains pictures, information on post-war trials including Nuremburg, and poems written by victims of the Holocaust. 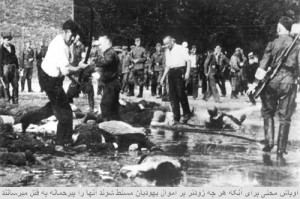 Avner Shalev, Yad Vashem’s chairman: “Every year, nearly 20,000 people from Muslim countries, including Iran, visit the Yad Vashem Web site. We believe that making credible, comprehensive information about the Holocaust available to Persian speakers can contribute to the fight against Holocaust denial. It was especially important today to reach out to Muslim countries regarding Holocaust awareness, given Ahmadinejad’s recent Holocaust-denial conference in Tehran.” 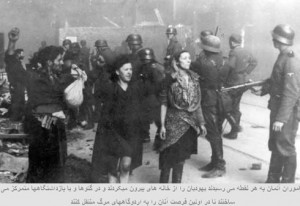 “The response to the Farsi mini-site has been very positive”, said Shalev. “Iranians (some of them Jewish), Iranian exiles, and others have posted responses expressing remorse, sympathy, and understanding. Many of the respondents stress that Ahmadinejad, in his Holocaust denial, does not speak for the Iranian people, and brand his comments inappropriate, even hateful, and not reflective of the Persian culture or people.” 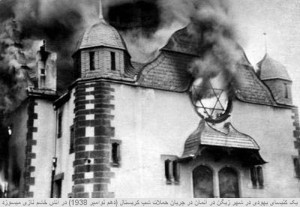 K.R. from Iran posted his comment: “The world should not allow people such as Ahmadinejad to fulfill their evil intentions. As an Iranian, I feel ashamed of his comments and am quite certain the people of my country feel the same way. I think the Farsi section of this Web site can have a major effect on the understanding of people in Iran toward a situation that is historically distorted, and in Iran, we don’t have much information about WWII and the Holocaust.”

The site was translated into Farsi by Menashe Amir, the veteran Israel Radio Farsi broadcaster, whose programs are widely listened to on short-wave in Iran.

Is much of the European media coverage slanted when it comes to covering the Israeli-Palestinian conflict? Are Israeli government officials ‘verbal vegetarians’ when it comes to confronting the nature of … END_OF_DOCUMENT_TOKEN_TO_BE_REPLACED

During WWII (1939-45) Muhammad V protected Moroccan Jews from the Vichy occupation Heads of the Jewish community in Morocco have initiated a move calling for Muhammad V of Morocco, who … END_OF_DOCUMENT_TOKEN_TO_BE_REPLACED