Levi Eshkol (Skolnik) Born on October 25th 1895, Served as the third Prime Minister of Israel from 1963 until his death from a heart attack in 1969. He was the first Israeli Prime Minister to die in office.

Levi Eshkol was born in the Ukrainian village of Oratovo (near Kiev). He had a traditional Jewish upbringing and education which continued when he entered a Hebrew high school in Vilna at the age of 16 and joined the Zionist group, “Tzeirei Tzion” (Youth of Zion). In 1914, at the age of 19, he came to Israel, then still a part of the Ottoman Empire, where he worked as an agricultural laborer and political activist. During World War I, he volunteered for the Jewish Legion of the British Army, and joined the group which founded the settlement of Degania Beth.

Eshkol later worked in the Histadrut Labor Federation’s Agricultural Center. He participated in the establishment of “Mekorot,” Israel’s water utility, in 1937, and served as its chief executive until 1951. In 1940, he became a member of the Haganah, and in 1947 he organized the recruiting drive for what became the Israel Defense Forces. With the establishment of the State he became the first Director ­General of the Ministry of Defense, in effect the supplier of the material which kept the Israeli army in the field. He also became the head of the World Zionist Organization/Jewish Agency’s Settlement Department in 1948.

In 1951 Eshkol was appointed Minister of Agriculture and Development and from 1952 until 1963 he served as Minister of Finance. He remained Chairman of the WZO/JAFI Settlement Department until 1963. Eshkol is largely responsible for obtaining funds to develop the country, absorb massive immigration waves and equip the army.

In June 1963, Eshkol assumed the post of Prime Minister. The high point of his premiership was the Six-Day War of June 1967. When Egypt and Syria precipitated the crisis, Eshkol established a Government of National Unity, relinquishing the Defense portfolio to Moshe Dayan and bringing Menachem Begin of Herut into the Cabinet.

Eshkol found other sources of military supplies for the Israeli armed forces, particularly in the United States, after France began its military boycott of the Jewish state before the 1967 war. The war itself was a vindication of his efforts at the Ministry of Defense to provide the IDF with the best equipment available. In just Six-Days, Israel succeeded in liberating Judea, Samaria, Gaza and the Golan Heights, reuniting Jerusalem, and capturing the Sinai peninsula.

He firmly believed that Israel should not return Arab territories occupied in 1967 without a solution to the entire Arab-Israel conflict. In 1968 Eshkol received a crucial commitment from the United States to supply Israel with sophisticated fighter planes. Eshkol died in office on February 26, 1969 of a heart attack. 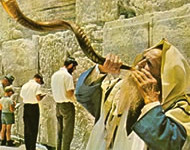 On The holiest day of the Jewish year, a surprise joint attack by Egypt and Syria crossing the cease-fire lines in the Sinai and Golan Heights threatened the very existence … END_OF_DOCUMENT_TOKEN_TO_BE_REPLACED

Meir Amit was an Israeli politician and general. He served as Director of the Mossad from 1963 to 1968 before entering politics and holding two ministerial positions. Born in Tiberius … END_OF_DOCUMENT_TOKEN_TO_BE_REPLACED

Time has run out. By August 26, Israel’s coalition government must approve a new state budget… otherwise, the government will fall, and Israeli voters will go to another snap election. … END_OF_DOCUMENT_TOKEN_TO_BE_REPLACED