The Israeli company E-lock has developed the first lock technology based on a Knock Code. This innovation is based on patented technology which uses a series of quick knocking sounds. The discrete mechanical knocks open the lock and are produced by a small device that can be carried by any authorized person. The device which opens the lock needs to touch the door (which can be made out of any material such as metal, wood, plastic or glass) to cause the lock mechanism to open. Since there is no keyhole or contact point on the door, this unique mechanism offers a significantly higher level of security then existing technology.

The device which produces the knocking sounds, also known as a KnocKey, includes a small keypad for entering a personal code, only when the correct code had been entered the device will produce the knocking sounds. The device can either be carried by hand or be attached to the door externally (but is not connected directly to the lock mechanism in any way). Each KnocKey can be used to open up to 100 different locks using different codes. This can be especially useful in offices with a number of restricted areas. The knock code is the combination of the time intervals between knocks produced by the KnocKey, and the knock code itself is encrypted and has billions of different combinations. Even more importantly, if an unauthorized person tries to record the knocking sequence and play it back in order to open the door, the lock will not open since the knocking sequence changes every time. Another advantage of the technology is that all KnocKeys are the same, if the KnocKey is lost or stolen, it is possible to simply buy another KnocKey and enter your personal code. Both the KnocKey and the lock consume fairly little energy and operate using Lithium ion batteries which can last a very long time.

The “startup nation” has done it again – but, unfortunately, in the wrong direction. Israel is now plagued with the highest rate of COVID-19 fatalities in the world. Granted, the … END_OF_DOCUMENT_TOKEN_TO_BE_REPLACED 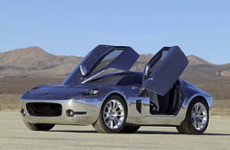 A unique system that can produce Hydrogen inside a car using common metals such as Magnesium and Aluminum was developed by an Israeli company. The system solves all of the … END_OF_DOCUMENT_TOKEN_TO_BE_REPLACED