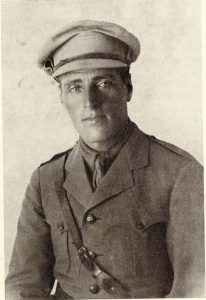 Joseph Trumpeldor was an early Zionist activist, notable for helping organize the Zion Mule Corps and bringing Jewish immigrants to Palestine. Trumpeldor was fatally wounded while defending the settlement Tel-Hai against Arab attacks and was killed together with seven other defenders.

Trumpeldor (born December 1, 1880) was awarded a medal for his gallantry and zeal, and was the most decorated Jewish soldier in Russia. Because of his disability, he studied law. In 1912 he made Aliya to Israel and for a while lived at Kibbutz (Kvutzath) Deganyah. With the outbreak of the First World War, Trumpeldor, a Russian citizen, was considered an enemy alien, and as he refused to take Ottoman citizenship,  he was expelled from the country and joined the Allied war effort.

He was instrumental in founding the Zion Mule Corps in 1915 and saw action in Gallipoli where he was shot through the shoulder. At the end of the war, Trumpeldor returned to Russia where he experienced the Russian revolution. In 1918 he established “He-Halutz” –  the pioneering youth organization that prepared youngsters for settlement in Israel.

Following his return to Israel, Trumpeldor was involved in the defense of Tel-Hai, against Arab attacks. The area was disputed by the French and partisans of French and British control incited violence. Trumpeldor was fatally wounded at Tel-Hai and was killed together with seven other defenders on March 1, 1920. 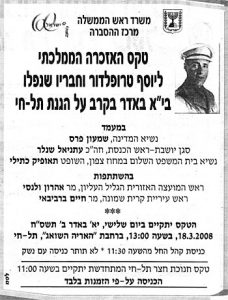 His reputed last words, “Never mind, it is good to die for our country” (Ein davar, tov lamut be’ad artzeinu), became famous in the pre-state Zionist movement and in Israel of the 1950s and 1960s. Tel-Hai became a cause celebre of the Zionist movement, and Trumpeldor became a Zionist hero, and a symbol of Jewish self-defense. His memorial day is on the 11th day of Adar (The Jewish calender) and is officially noted in Israel every year. 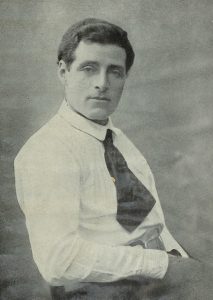 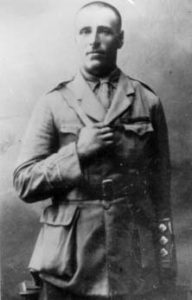 ‘Ben-Yehuda Street incident’ – IsraCast is publishing photos of the British car bombings in Jerusalem before the end of the mandate in 1948. 50 Jews were killed, with more than 100 injured. … END_OF_DOCUMENT_TOKEN_TO_BE_REPLACED 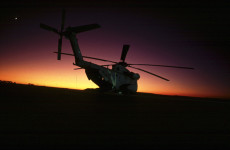 On the evening of February 4th, 1997, Israelis found themselves anxiously glued to news flashes on television and radio, after two Israeli Defense Force helicopters collided high above Sha’ar-Yeshuv in the North of … END_OF_DOCUMENT_TOKEN_TO_BE_REPLACED