U.S. Defense Secretary Ashton Carter: ‘There’s no question that American lives have been saved by Israeli technology – the Israelis have contributed more than Europe’

The signals from Washington are unmistakable. With Israel’s Prime Minister Bibi Netanyahu about to go to the White House, President Barack Obama has decided to bury the hatchet. Despite Netanyahu’s intrusive campaign to torpedo the Iranian nuclear deal, Obama now has the Iranian nuclear deal under his belt. Moreover, with the Middle East coming apart at the seams and Russia’s military expansion into Syria, Israel is emerging as America’s most dependable ally in the region. And with the Presidential election looming, Obama must also consider the Jewish vote after his bashing of the Jewish state over the Palestinian issue. After Palestinian President Mahmoud Abbas rejected negotiating with Netanyahu in favor of seeking an imposed solution at the UN, Obama has called it a day. Despite the dire warnings that Netanyahu has caused irreparable harm to the ‘special relationship’ between Israel and the U.S., this is apparently not the case. (Granted, Bibi’s address to Congress was a bit too much).

But in the beginning, Obama put the onus on Israel by heading straight for Cairo while bypassing Jerusalem. If only Israel played ball, it would open a new, glowing era in the Middle East. Stop the settlements, and all the other pieces of the puzzle would fall into place; like ObamaCare in the first term.

At the start of the second term, Ben Rhodes, the Deputy National Security advisor even predicted that an Israeli-Palestinian accord would be the crowning glory of those next four years. Now, years later, it is apparent that Israel is not the cause of the rise of Islamic State, the inferno raging in Syria, a tyrannical Iran with imperial ambitions, nor the Sunni-Shiite rift. Mr. Rhodes has just conceded that the Israeli-Palestinian conflict will not be resolved by January 20th, 2017.

The sign of the shift in Obama’s approach was his offer to compensate Israel for the admittedly graver security threats; if Iran does not keep its part of the bargain. That sounds reasonable.

First, he sent his Defense Secretary Ashton Carter to Israel to discuss this follow-up to the nuclear deal. Carter and his Israeli counter-part Moshe Ya’alon hit it off, and ‘Bogie’, his nickname from his IDF days, paid a return visit to Washington seeking a two billion dollar increase in the current three billion dollars annually. But Carter, who helped develop the 30,000-pound bunker-busters, did not okay this weapon for Israel (Israeli pilots are already training on simulators for the F-35 sleuth fighter-bombers).

Now Carter has praised Israel to high heaven – in an interview with Jeffrey Goldberg of the Atlantic magazine. Carter, a long-time professional in the Pentagon, gave his inside perception of the Israeli-American connection:

‘It’s a two-way relationship… There’s no question that it’s not symmetric, but it is two-way. We really do get things from the Israelis in technology. I hesitate to make invidious comparisons, but if you’re making comparisons to, say, the European legacy, arms (industry)… the guys who have made the tanks and planes and ships in Europe, they’ve been very slow to come out of the industrial age. The Israelis you will find to be more clever and more innovative’.

Defense Secretary Carter pointed to how Israeli technology has saved the lives of American soldiers on the battlefield, particularly with lethal IEDs:

‘The Israelis were really quite ingenious in this area, and we got a lot from them. There’s no question that lives were saved as a consequence of their (help). They’re not good in everything across the board, but they’re as good as us in some areas. They’re in a league that has very few members’.

Putin can be expected to hit back hard…

What is likely to be the blow-back from what appears to be ISIL’s horrific bombing of the Russian airliner over Sinai? All 224 passengers and crew aboard Metroflight 9268 were killed when a bomb apparently exploded aboard the aircraft at a height of 31,000 feet. There were seventeen children on board. Both Russian, American and British intelligence experts tend to believe ISIL’s claim that it planted the bomb, but Egypt contends the contents of the black box have not been fully analyzed. Russia is obviously in mourning, but this will turn to rage if terrorism is to blame. ISIL claims it is payback for Russia’s escalating military support in Syria for President Bashar al Assad and air strikes on ISIL forces.

Will this Sinai atrocity serve as a warning of things to come, if he does not back off in Syria? Not likely.

In 1989, the former Soviet Union retreated in ignominy after a failed military campaign in Afghanistan. Will President Vladimir Putin follow suit? Will this Sinai atrocity serve as a warning of things to come, if he does not back off in Syria? Not likely. Putin, a former official in the notorious NKVD security service, has risen to the highest office in Russia by his Machiavellian use of power in both the foreign and domestic arenas. Therefore, the Forbes Magazine’s pick of Putin to be the world’s most powerful leader would indicate that he will hit back hard against ISIL in Syria. Meanwhile Israel, Ehud Barak’s ‘villa in the jungle’, has turned into a more alert and armed villa, slowly getting a handle on the surge of internal stabbing, shooting and vehicle attacks by Palestinians.

The latest debate in the media is whether during a stabbing or shooting attack, Israeli passersby should first attend to the injured in the first seconds, or pursue the terrorist. In one case, there was some criticism of the Israelis who kept running after the terrorist. The critics argued that the bystanders should have stopped to help the woman. But the conclusion was that other people at the scene would quickly attend to her and call an ambulance. The guys who gave chase could try and overpower the terrorist before he attacked anyone else; or at least to shout a warning to other people. Israel should be proud that it has young men who, often unarmed themselves, will chase down a terrorist armed with a knife, a meat cleaver or even a revolver. 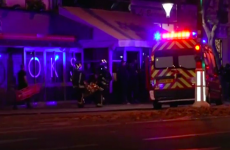 If this is not a ‘clash of civilizations’ it comes quite close. ISIL’s writing was on the wall, or should have been – but no one was really ready to … END_OF_DOCUMENT_TOKEN_TO_BE_REPLACED 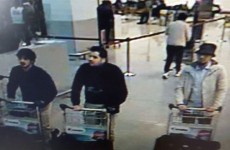 ‘You ain’t seen nothin’ yet!’ This was the message of the Daesh video released two days after the horrific bombings in Brussels. Basking in its latest bloodbath, the Muslim maniacs … END_OF_DOCUMENT_TOKEN_TO_BE_REPLACED

As strange as it seems, President Barack Obama and Republican contender Donald Trump actually see eye-to-eye on America’s new international role. Both are ‘American Firsters’. After the Bush era that … END_OF_DOCUMENT_TOKEN_TO_BE_REPLACED