Hundreds of thousands of the Pfizer vaccines are being flown into Israel daily. Prime Minister Netanyahu is set to officially kick off the campaign by being vaccinated first on Saturday night after the Sabbath, on December 19th (until then, Bibi will remain in isolation due to his coming in contact with someone who has been diagnosed with COVID-19). The following day, thousands of health workers will get their dose, followed by the elderly.

The Israeli population will be vaccinated in a carefully planned operation. Israel’s socialized medical system facilitates an orderly procedure with all citizens being informed at what specific time they are to arrive at their clinic to be vaccinated. After three weeks, they will then get their second and final vaccination. The vast majority of Israeli health experts have expressed confidence that the vaccinations are safe and effective. Children will not be vaccinated, but over 60% of the entire population will. Dr. Nachman Ash, who is now heading the vaccination program, expects that by March or April, Israelis will get back to “normal life.”

The Prime Minister deserves credit for moving swiftly to secure the delivery of the Pfizer vaccine; however, he “struck out” when it came to his running of the campaign over the past six months. Bibi took total charge of the COVID-19 crisis, and, at first, he proved to be successful, but then he gave in to political pressures such as with his Ultra-Orthodox Jewish partners in the government coalition when they insisted on keeping their education system running as normal. This, as well as the spiral in Israel’s Arab towns and villages, exacerbated the situation. There were also several cases when Netanyahu and his health officials announced several steps that were immediately halted, creating an impression of haphazard handling of the COVID crisis. This has severely affected Bibi’s popularity. For example, small business owners have been hard-hit financially, as well as low-income earners, and many of them were disgusted supporters of the Likud party. All this has sparked a dramatic development in Israeli politics and may trigger an early election.

The volatile political situation has triggered the popular Likud Knesset member, Gideon Saar, to quit the party and to challenge Netanyahu’s leadership. In the past, Saar defied Netanyahu by challenging him for the party leadership. Bibi never forgave Saar and even barred him from serving in the cabinet. Since then, Saar has been serving as a Likud backbencher in the Knesset, quietly biding his time. Meanwhile, the rest of Likud’s leading members stand stalwartly behind Netanyahu. They apparently got the message not to annoy the boss. This was apparent when Netanyahu made his first appearance in a Jerusalem court to be officially charged for bribery and breach of trust, and all the Likud cabinet ministers showed up in the Jerusalem courthouse to stand solidly behind Netanyahu (obviously at Bibi’s request/order) in a show of support for the PM’s allegation that he was being framed by Israel’s legal system.

In any case, Saar has shocked Likud and the country by quitting the party, declaring he can no longer accept Netanyahu’s handling of the COVID crisis while also rejecting Bibi’s virulent attacks on the state’s legal system. The following day, a snap opinion poll indicated that a Saar-led party would get off to a flying start, projecting 18 Knesset seats overnight, compared to only 25 for Bibi’s Likud in the 120-member Knesset. Another far-Right challenger, Naftali Bennett, would also pick up some 18 seats. Yair Lapid’s Centrist party would garner 15, while Benny Gantz’s Blue and White party went into a nosedive with a measly seven seats. To complete the political picture, the United Arab list would wind up with 11 seats, while Avigdor Liberman’s (Russian) party and Left-wing Meretz were each projected to pick up six Knesset seats.

Netanyahu may be in political hot water …

Saar is a first-rate political speaker, and he hit the ground running, charging that Netanyahu is now a political disaster. He blasted the Likud cabinet ministers saying they had turned into an “Amen corner” that blindly following Bibi to Israel’s detriment. Saar is a Right-wing hardliner who is categorically opposed to the establishment of a Palestinian state on the West Bank that he says would jeopardize Israel’s existence.

His father came to Israel from Argentina, while his mother arrived from Buckara – a territory in the former Soviet Union. Dare I say, he has a very big plus in his wife – TV presenter Gaula Even-Saar. Everyone knows her as simply “Gaula,” and it is fair to say that she is undoubtedly the best interviewer on Israeli TV, and most Israelis, including myself, believe she is the best in the world – very telegenic, highly articulate, and as smart as a whip!

Alas, Bibi’s main coalition partner, the Blue and White party, can now be dubbed the “Black and Blue” party after Netanyahu has run rings around them in their so-called coalition. As a result, Gantz is again threatening to topple the Netanyahu government (something he has also threatened to do in the past). It remains to be seen if he will carry out his latest threat.

As is often the case in politics, timing is of the essence. If the Pfizer vaccination program proves to be a success, Netanyahu would be wise to hold off and not go to an early election until the vaccine kicks in and pulls Israel out of the doldrums. This would mean playing along with Gantz’s demands in order to gain valuable time before going to the polls.

Trump’s “Art of the Deal” for Israel …

US President Donald Trump is now on his way out of the White House, but he is leaving a lasting impact on Israel’s foreign relations. Two more countries, Morocco and Bhutan, have just established diplomatic ties with Jerusalem. This follows the startling news that the United Arab Emirates and Bahrain in the Persian Gulf, as well as the Muslim state of Sudan, have established diplomatic relations with Israel. Bear in mind that an estimated one million Israelis and their descendants came from Morocco. As for Bhutan, it’s a tiny Buddhist state tucked away in the Himalayan mountains between India and China. At present, Israelis tourists are flocking to the United Arab Emirates and Bahrain, which are welcoming them enthusiastically. This will certainly apply now to Israelis of Moroccan descent. However, Bhutan is a different story. This fairyland kingdom is very zealous in preserving its Buddhist way of life and does not encourage tourism. On the other hand, for several decades now, agricultural students and farmers have been coming to Israel to study Israel’s hi-tech innovations in agriculture and irrigation.

What is behind this current flurry of Muslim states establishing ties with Israel? Apparently, Trump has told Jared Kushner to reread his book “The Art of the Deal” and sent him abroad to persuade these countries to establish official ties with the Jewish state.

At the time of this writing, the ceasefire with Gaza is still holding. What were Hamas leaders thinking? How did they think Israel would react if they again launched thousands … END_OF_DOCUMENT_TOKEN_TO_BE_REPLACED

As strange as it seems, President Barack Obama and Republican contender Donald Trump actually see eye-to-eye on America’s new international role. Both are ‘American Firsters’. After the Bush era that … END_OF_DOCUMENT_TOKEN_TO_BE_REPLACED 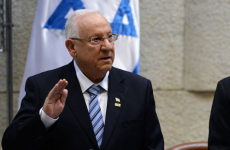 On Monday, April 5th, President Reuven Rivlin will begin political consultations with all the parties that received the required number of votes to elect at least four members to Israel’s … END_OF_DOCUMENT_TOKEN_TO_BE_REPLACED