More and more Iranians now fear that President Ahmadinejad’s nuclear weapons is steering their country toward a global confrontation fraught with danger. This is the assessment of Menashe Amir, a leading Israeli expert on Iran, who monitors Iranian affairs on a daily basis. IsraCast presents analyst Amir’s five point plan for stopping Ahmadinejad which he outlined in a public lecture:

Ahmadinejad in his many declarations on the nuclear issue, contends repeatedly that: ‘Nuclear development is the inalienable right of the Iranian people’. He tries to present a unified front to the world in his attempt to convince the West and the entire world that all the Iranian people wish to achieve complete nuclear technology for ‘peaceful purposes’.

Is this indeed the case? The answer is brief: Not only are a majority of Iranians more and more convinced they do not want a global confrontation over the nuclear issue, but also more and more dissenting voices are being heard from inside the Iranian leadership itself. Concern is mounting that Iran’s nuclear policy will put the country on a collision course with both the U.S. and Israel and that this may seriously threaten the regime’s existence.

In this short lecture I shall endeavor to present some of the weaknesses in Iran’s nuclear policy front and their impact on the Iranian people and the leadership.

It can be said that in the past most citizens and supporters of Iran aspired to getting the bomb. The reasons are many and varied:

Now taking all these facts into account, it is only natural that every national citizen or Iranian nationalist would wish his state to be nuclear armed in order to defend itself. In addition to all that has been said, some other consideration of the nuclear weapons supporters in Iran:

At the end of the 1990’s it was officially disclosed that Iran intended to acquire technology for producing nuclear fuel. It was clear to one and all that the real goal was to develop a nuclear bomb.

In the initial stage, support for Iran’s going nuclear, encompassed nearly all layers of the people. Even Iranian opposition members abroad backed the nuclear effort and condemned the Mujahedin Khalq as traitors for serving Western intelligence services by exposing information about Iran’s nuclear programs.

From a close monitoring of the situation in Iran, and from conversations with citizens inside Iran and abroad, my impression is that this popular support is fast receding. Today, more and more Iranians are conscious of the grave dangers in a confrontation with the West over the nuclear issue and the lack of efficacy in nuclear development by a state so rich in other fuel sources. As the oppression inside Iran increases, so does the opposition to the regime’s nuclear policy. I cannot disclose exact quotations from citizens who oppose nuclearization. The oppressive Iranian regime categorically bans the expression of any opinion that deviates from official policy. However let me repeat that I refer to conversations with listeners inside Iran and from contacts with Iranians in exile.

By harshening oppression and preventing free speech, Ahmadinejad attempted to turn Iran’s nuclear policy into an issue of national pride. He ordered the mobilization of all the people for propaganda against opposition in the West. We recall the demonstrations by school children who chanted: ‘Nuclear energy is our inalienable right’ (In Persian).

Ahmadinejad also mobilized university students, sportsmen, public servants, women and other groups of the population to form a human chain around the nuclear installations at Natanz, Esfahan, Bushehr and other sites.

He organized a ceremony, that appeared to be almost magical inside a spacious hall, to declare that an Iranian laboratory had succeeded in enriching several grams of uranium with a concentration of three or four percent. Imitating North Korea and other communist states, he even initiated the composing of a new opera and a symphony that glorified the nuclear program.

However, all this did not succeed in galvanizing popular support and I believe that if an objective poll were conducted in the country, a dominant percentage of citizens would vote against the nuclear program. Or at least they would favor a temporary freeze until the controversy dies down or a regime change takes place.

The Iranians really fear the danger of an American invasion of their state (something that still has little prospect) and also the possibility that the nuclear facilities will be bombed (a step which would spark the flames of war). Moreover, recently another negative factor has arisen against the nuclear program:

Iranian citizens are apparently convinced that if Iran gets the bomb the regime will have an insurance policy to discourage any international protest against the trampling of human rights in the country. For many years, Europe conducted a ‘constructive dialogue’ with Iran on human rights (Today the disappointing results are clearly apparent). Once Iran acquires nuclear weapons and threatens the world, no state will dare demand that Tehran honor basic human principles.

Not only do many Iranian citizens object to the nuclear policy and hope for its suspension, but also the regime itself is split – at least when it comes to tactics, if not strategy.

Here are some cases in point:

What I believe can be said is that resignation (or sacking) of Larijani is solid proof of the deep split among the Iranian leadership over nuclear policy.

Two years ago, when Larijani took up his position, he was extremely critical of Khatami’s policy and how Hassan Rohani had conducted the nuclear talks. Reacting to these figures’ consent to a two-year suspension of Iran’s nuclear programs in return for civilian nuclear know-how from the West, Larijani stated: ‘They (Khatami – Rohani) gave the West the precious pearls of Iran and received some paltry candies’. However, after two years of talks with world figures and close involvement with international diplomacy, apparently drew Larijani to the conclusion that Iran could not defy the will of the world. Larijani apparently realized that Tehran’s stubborn refusal to stop its nuclear enrichment program (in accordance with Security Council resolutions) would plunge Iran toward an inevitable military confrontation with the U.S. and Israel. Therefore he apparently recommended to Ahmadinejad that he reconsider his policy and alter his tactics.

Everything I have said is only a small part of the gigantic struggle being waged today inside the regime over nuclear policy. The debate is still not about whether Iran needs the bomb or not. At this stage, the debate is limited to the question of what are the right tactics to fulfill the nuclear policy without sparking a confrontation with the world. Israel and the western nations must closely monitor what transpires on this level.

Much has been said about the dangers of Iran’s going nuclear, allow me to summarize them:

Is the prevention of Iran from acquiring nuclear weapons a lost cause?

My answer is Negative. I believe the world, if it wishes, can prevent it from doing so.

Here is a five-point program, which despite all the risks in its implementation, appears to me to be the sole way to eliminate the danger.

I believe that the implementation of all these five points both simultaneously and extensively can lead to the elimination of the Iranian nuclear threat. 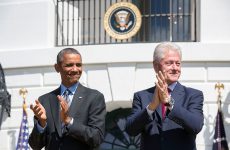 Hopefully, the answer is yes. At the UN, the representatives of France, Britain, and Germany have sent an urgent request warning of Iran’s nuclear-related activities. For example, their intensive development … END_OF_DOCUMENT_TOKEN_TO_BE_REPLACED

Thousands of young people from Western countries have joined the Islamic State’s Jihad Army in recent years, and there is no end in the horizon; in order to fight the … END_OF_DOCUMENT_TOKEN_TO_BE_REPLACED 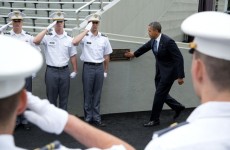 It was highly significant that U.S. President Barack Obama selected West Point as the venue to articulate his foreign and military policy. Without saying it in so many words Obama … END_OF_DOCUMENT_TOKEN_TO_BE_REPLACED