If Europe and particularly Belgium want to overcome the current crisis and thwart future attacks, it ought to reform their education system and end incitement against the Jewish state.

Belgium schools teach their students the Holocaust. One textbook includes a caricature of a Jew on a barbed wire fence with the inscription “never again.” Just beside him, there is a Palestinian on the same fence with the inscription “once again!” The text book includes an explanation of the caricature, making clear its message: “The interpretation for ‘never again’ is what happened under Hitler will never happen again. The interpretation of ‘once again’ is what is happening today is exactly what happened under Hitler. Concentration camps were fenced off by barbed wire and today the border between Israel and Palestine is barbed wire and a wall.”

When polls in Europe indicate that Europeans think what the Jewish state does to Palestinians is what the Nazis did to Jews, one should recall public education. This poison has not been injected only into the older generation of Belgians, but also the hundreds of thousands of Muslim youth studying in Belgium’s education system. Combined with incitement in mosques, frustration with discrimination and claims of discrimination, propaganda from Arab TV networks, it becomes clear dangerous weeds are growing in the backyard.

The Belgians like many others in Europe believe that their enmity towards Israel grants them immunity from attacks. They do not understand that exactly the opposite is true: As long as incitement against Israel rises to new heights, hatred for Europe will rise to new heights. Europe will have to explain why its relations with Israel are flourishing, if Jews behave like Nazis. How can Europeans cooperate with Nazis? Not only Jews deserve to be punished, but also young Belgian collaborators as well.

It is no surprise that some jihadists are young Belgians who converted to Islam. Unmitigated propaganda has made them identify with Muslims, who they see as victims. Identifying with another person eventually leads to conversion.

Belgium has offered Muslim immigrants generous hospitality, but it has resulted in growing radicalism. The precise number of jihadists in Europe does not exist, but there is no debate that Belgium has a high number, if not the most. According to government reports, more than 300 Belgians have left Belgium to fight jihad, while researchers claim the number is double.

“It smacks of a pinch of hypocrisy” – that was the first official Israeli reaction. It was directed at U.S. President Barack Obama, who told the Atlantic Magazine that he … END_OF_DOCUMENT_TOKEN_TO_BE_REPLACED 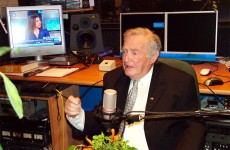 German Chancellor Angela Merkel: ‘Iran Must Prove It Is Not Developing Nuclear Weapons – If Not We Support Stiffer Sanctions’ ‘Qassam Rocket Attacks On Israel Are a Crime & Must … END_OF_DOCUMENT_TOKEN_TO_BE_REPLACED