Only time will tell! What is a given is that, in word and deed, the fanatical Ayatollahs in Tehran are determined to destroy the Jewish state – it is the centerpiece of their drive to acquire Shiite Muslim domination of the Middle East. While this is literally a do-or-die threat to the Jewish state, it is yet another international crisis for the US, along with China’s drive to conquer Taiwan and Russia’s menace to invade Ukraine. And while President Joe Biden has a long record of lending support to the Jewish state, there is naturally a difference in urgency between Jerusalem and Washington.

Now, it has been announced the second round of the stalled nuclear talks between Iran and the world powers will resume in Vienna on December 16th. After running into another Iranian brick wall, they had prodded the Iranian negotiators to return “with realistic proposals” after Tehran’s delegation made devious demands that would allow Iran to continue its nuclear weapons program.

On his return from urgent consultations in Washington with his American counterpart Loyd Austen, Israel’s Defense Minister Benny Gantz sounded an optimistic note. Gantz disclosed publically what has been obvious – that the IDF is preparing a military option. It has also been disclosed that Israel and the US military will also coordinate new military exercises in the region. Just what this augers remains to be seen.

Menashe Amir, one of Israel’s most prominent analysts, has little doubt. Look for the Ayatollahs to simply buy time as they continue their nuclear weapons program. Their strategy is to create the illusion that Tehran wants to cut a deal that the Americans do not. Iran will continue to demand the lifting of all sanctions, including the nuclear, in order to enable it financial freedom from sanctions while continuing its aggressive program. This is a religious and ideological aim, but the fact is Tehran’s grandiose plan has brought Iran to the brink of economic bankruptcy, and now is certainly not the time to rescue the Iranian dictatorship. Moreover, Iran has warned the US against any new military exercises with Israel.

If Iran, by hook and by crook, approaches a nuclear weapons capability, Israel has made clear that it will not stand idly by. Israel has a standing policy of not permitting an enemy state bent on Israel’s destruction to acquire nuclear weapons to achieve their goal. For once, it can be said there is a solid Israeli consensus. It is known as ‘Plan B’ and was activated by destroying the nuclear activator of Iraqi tyrant Sadam Husein shortly before it “went hot,” and later when the Syrian despot, Hafez Assad, tried to construct a North Korean nuclear reactor.

In the event of ‘Plan B’ action, Israel will have to take into account not only a severe response from Iran but also Hezbollah, the Iranian ally in Lebanon, where hundreds of guided missiles have been stored in Shiite villages along the southern border with Israel. Iran’s Hamas ally in Gaza could also be expected to launch salvos of rockets at Israel, as they did earlier this year.

Trump-Netanyahu and the F word

It was the most startling statement ever in the history of Israeli-American political discourse. In an interview with Israeli reporter Barak David, former US President Donald Trump used the f*** explicative in blasting former Prime Minister Bibi Netanyahu. The headline story in the Israeli daily “Yediot Ahronot” quoted Trump as saying, “F*** him!”

Why? Trump was furious with Netanyahu for congratulating Joe Biden after he defeated the former US President. In his tirade, Trump asked, after all he’s done for Israel, how could Netanyahu have congratulated Biden for his election victory? Part of Trump’s blast was true. During his presidency, Trump moved the US Embassy from Tel Aviv to Jerusalem and also recognized the Golan Heights as an integral part of Israel.

In yet another twist, the former Prime Minister has made a passionate public appeal to extend the secret service protection for his wife and two sons, saying they have been threatened and must continue to be guarded by secret service bodyguards, as well as receiving a protective limousine. The Israeli practice has been that the immediate relatives of an outgoing Prime Minister are only protected for six months after leaving office.

Israel has done well in combating Covid-19, but now the Omicron variant has also been detected even among people who have not traveled abroad. Health officials are talking about a fourth dose of vaccinations starting as early as January. According to Israeli experts, the Pfizer vaccine can also be expected to prevent Omicron.

Despite the mounting tension with Iran and Covid-19, new immigrants continue to arrive in Israel. In 2021, some 20 thousand newcomers came to make new lives in the Jewish homeland. 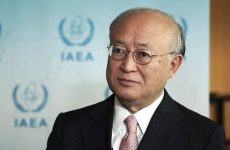