On Tuesday night, The Rolling Stones reminded us just how subversive rock and roll can be. Without making any public response to pressure from the likes of Pink Floyd’s Roger Waters and the BDS movement, who support an all out boycott of Israel, The Stones defiantly played their first show ever in Israel for over 40,000 gracious fans. Mick, Keith, Charlie and crew chose to perform for the people, rather than refusing to because of the decisions of the people’s government. In doing so they stuck it to the man and stood for the rock ethos that they helped create.

Say what you will about the Israeli-Palestinian conflict, but movements like BDS that pressure artists to skip over Tel Aviv on their international tours are spreading a message that is contrary to one of the very purposes of artistic expression: reveling together in the truths of life that exist in nearly every individual. Even more so, an artistic boycott (or academic or any other kind) promotes a system that punishes individuals for the perceived deeds of their leaders, which seems counter-intuitive and very un rock and roll.

…when Jagger finished singing Angie, he shouted ‘shukran!’ (‘thank you’ in Arabic) reminding us of the many Arab Israelis at the show, further demonstrating that BDS’s campaign doesn’t really make any sense.

Music unites us, and when a surprisingly vibrant 71 year old Mick Jagger swayed his arms rhythmically while saying in very literally translated Hebrew “anahnu ha’avanim ha’mitgal’galot“ (“we are the rolling stones”), every Israeli in the crowd became just a little more alive. We smiled and looked at one another to make sure we heard correctly– Mick Jagger was speaking Hebrew, and he wasn’t half bad. About an hour later when Jagger finished singing Angie, he shouted “shukran!” (“thank you” in Arabic) reminding us of the many Arab Israelis at the show, further demonstrating that BDS’s campaign doesn’t really make any sense.

When artists come to Israel, it sends a clear message of love to their fans here, because we know that it is a fight every single time. It shows us that the artists value us more than the nebulous world of politics that many of us were simply born into. It shows us that the beauty of enjoying art and music together trumps all, as well it should.

BDS feels that Israel has treated the Palestinians unjustly, and I’m not even arguing here that they haven’t. But, pressuring artists to then marginalize the people of Israel who are brought joy by their music, very few of whom are involved in the supposed injustice, only perpetuates the message of hate that BDS opposes.

The Stones touched Israel with the reality-shaping nature of affection, and we could all learn a thing or two from the way they responded to a system that wishes to fight so-called oppression by adding just a little bit more.

Hamas has released a recorded message from captured IDF soldier Corporal Gilad Shalit. The message is posted on the Web site of Hamas’s military wing. Israeli officials are considering their … END_OF_DOCUMENT_TOKEN_TO_BE_REPLACED 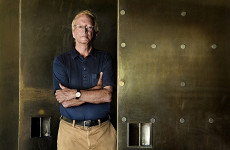 2007 EMET Prize Laureate – Humanities Prof. Avishai Margalit is awarded the EMET Prize for his original and influential contribution in the fields of political thought, ethics and the philosophy … END_OF_DOCUMENT_TOKEN_TO_BE_REPLACED