‘The devil will be in the details’ – Iran appears to have made some surprising nuclear concessions in the framework understandings in Lausanne but will they start backtracking when the fine print is negotiated by the end of June? The jury is still out. Although Iranian Foreign Minister Javad Zarif was beaming from ear to ear was he playing his designated role in another Iranian scheme to again pull the wool over the eyes of the world? Was it another old Iranian scam of one foot forward and then two steps back in the upcoming and binding round of talks to be finalized by the end of June? This is the big question that Israel will be watching in the months ahead. And with good reason; if Iran, a known con artist which has lied and cheated repeatedly in the past, still insists that its entire nuclear project has always been for peaceful purposes, then ‘buyer beware!’

The danger is this – will the Iranians now come up with a different interpretation of the Lausanne understandings that restrict their nuclear project? And will they simply use it as a benchmark to whittle it down further. They are masters of deception in going one step forward and then taking two steps back. Look for this to happen despite what the euphoric President Obama and Secretary Kerry now think and say. Meanwhile, American and other foreign businessmen will be lining up in Tehran to sign lucrative contracts exerting more pressure on the drive for a nuclear deal.

In the Middle East, Obama’s statecraft for Libya, Egypt, Syria, Iraq and now Yemen has fallen far short of his resounding rhetoric. The fact is the Iranians know that Obama and Kerry are more locked into an accord than ever, and Tehran will play it for all it’s worth. And that is why Prime Minister Bibi Netanyahu is highly skeptical and calls it an historic mistake. Look behind the grinning face of Iranian Foreign Minister Javad Zarif in Lausanne to Supreme Leader Ayatollah Khamenei in Tehran, who, every chance he gets, vows ‘to wipe the Zionist cancer off the map’. Zarif and President Rouhani are only the front men. But if Iranian citizens are dancing in the streets over the future lifting of the sanctions, will this not influence the regime? That remains to be seen.

It would mean that the State Department’s candidate for the world’s biggest state sponsor of terrorism has seen the light and jettisoned its genocidal aspirations against Israel and altered its grand design to dominate the Middle East and beyond. If that is so, the Ayatollahs and the fanatics in the Revolutionary Guards will be ready to forget about the nuclear weapons program that has cost Iran an estimated 100 billion dollars! (Sanctions plus expenses). Or is it simply a case of the sanctions having bankrupted the country, and there is no option but to take a detour on their road to becoming a nuclear weapons power? It is safe to surmise that the Lausanne round of haggling was only a prelude to what the Iranian negotiators will do now – that is drive their international partners crazy. This where the U.S. Congress may be able to impress Obama and Kerry not to give away the store.

Kerry once remarked that Americans in the Middle East are not ‘stupid or foolish’. Here’s hoping he’s right. At present, there is no way of telling for certain. If Obama and Kerry are right about international inspectors detecting if Iran is violating the deal, then more power to them.

There are many unanswered questions at present. One thing is clear – the emerging nuclear deal with Iran will tie Israel’s hands when it comes to going it alone with a unilateral attack on Iran’s nuclear sites. That has now gone by the board. With the negotiating process moving into high gear, as well as in the foreseeable future, there would be no U.S. or international legitimization for such a preventative strike.

But not all is doom and gloom. Although Obama and Netanyahu are destined to continue their verbal sniping at one another, the U.S. leader is right in saying there is ‘no ‘daylight’ in America’s support in military aid. A striking example was the success, described as ‘phenomenal’ in the latest test launch of the ‘David’s Sling’ defense missile system. It is the middle tier of Israel’s comprehensive blueprint for protecting the state from rocket attacks from near or afar.

The test, monitored by American observers, proved so successful that it will now go into production. The overall development was conducted in Israel and financed by the U.S. as were Iron Dome and Arrow.

In an interview with Israel Today before the Lausanne deal was made public, Gen. Nimrod Sheffer, the chief of the IDF’s Planning Branch, was asked if Israel could launch ‘dramatic operations’ which the U.S. opposed.

Gen. Sheffer: ‘When Israel’s national security is involved, the answer is yes’.

Question: You were already serving in the Israel Air Force when it attacked the Iraqi nuclear reactor in 1981 and reportedly the Syrian reactor in 2007. Can you foresee a situation today that would send Israeli pilots to bomb a nuclear reactor in Iran against the will of the U.S.?

Gen. Sheffer: ‘If that has already happened I see no reason why it could not happen again. I think that when the state of Israel feels its security depends on taking action, she will do it, and that every true partner will accept it. And I think the Americans are such partners, even with all the tension there is today. They are true and authentic partners and not a facade of partnership. In a situation where the Israeli government decides to order the IDF to do what’s needed, I believe it will be accepted. Therefore, I totally support every decision taken in this context and believe it will not dismantle the relationship between the U.S. and Israel’.

In his current position, Gen. Sheffer is privy to most of Israel’s top secrets and participates in nearly all high level discussions, first and foremost the Iranian-American issue:

Gen. Sheffer: ‘From the strategic perspective, the direction is very clear. Iran is striving to become a regional power in all parameters. It wants to become an industrial power, military, scientific, cultural, and also to produce a lot of terrorism. Her expansion, which we now witness very clearly in Yemen, serves precisely the same idea of spreading its tentacles in the Middle East. When I observe this entire game, it is directed very clearly at forging its position as a regional power whose sphere of influence far exceeds Iran’s borders. Going nuclear will serve this interest because it makes it very difficult to threaten Tehran in these other arenas’.
Question: You mentioned the word ‘game’? That’s what the Iranians are doing, playing?
Gen. Sheffer: ‘Absolutely. They are always asking themselves how they can guarantee their ability to acquire nuclear weapons. I do not know if they will do it today or tomorrow, but if you ask about Iranians, I have not a shadow of doubt that the first idea in their heads is how to acquire a nuclear weapons capability that will enable them to implement their ideas about becoming the primary regional power’.
Question: In other words when Iran says it does not want nuclear weapons, she is lying?
Gen. Sheffer: ‘I think I would add an additional word that completes the puzzle. Iran doesn’t want nuclear weapons now. But a state that doesn’t want nuclear weapons at all, has other ways to produce civilian nuclear energy, she agrees to all the regulations, to all the rules of control and inspection. This is not the case with Iran’.
Question: When you speak to your colleagues abroad, they don’t understand it?
Gen. Sheffer: ‘Most of them understand it, but they don’t live in the Middle East, and I’m not at all saying that cynically. Iran wants to build its dome of nuclear capability on her other spheres of influence that are not felt overseas. But when you sit on the Golan Heights and observe how Hezbollah is now moving there, when you understand what Lebanon is, when you look at what is happening in Yemen today and how they are dominating another country via the Houthi tribesmen, you do feel the Iranian influence. 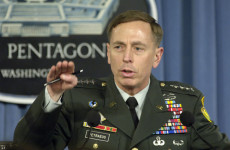 Now Gen (ret.) David Petraeus, an eminent American military leader, has joined a chorus of critics who have assessed President Barack Obama’s proposed nuclear deal with Iran. They are alarmed by … END_OF_DOCUMENT_TOKEN_TO_BE_REPLACED

At the time of this writing, the ceasefire with Gaza is still holding. What were Hamas leaders thinking? How did they think Israel would react if they again launched thousands … END_OF_DOCUMENT_TOKEN_TO_BE_REPLACED

The verbal clash between Prime Minister Benjamin Netanyahu and his supporters against the formation of a government headed by Naftali Bennett has reached a fever pitch.  Bibi himself was recorded … END_OF_DOCUMENT_TOKEN_TO_BE_REPLACED