Israel’s IDF Chief of Staff Aviv Kochavi has restated in no uncertain terms the state’s position on the emerging Iranian nuclear threat. It comes at a time when the Biden administration in Washington will reassess its approach to Tehran’s declared goal of acquiring nuclear weapons. This after former President Trump’s policy of sanctions has apparently not succeeded despite inflicting economic hardship on the Iranian population. Will Biden revert to the old Obama approach of simply “kicking the can down the road?”

It should be clear to all who are willing to see that sanctions have not barred the Ayayollah’s declared goal “to wipe Israel off the map.” Consider this: The Iranians continue their development of ballistic missiles necessary to deliver nuclear warheads while also advancing enriched uranium to 20% – the experts say if you can produce 20%, you can further upgrade to weapons-grade. Meanwhile, Israel has apparently not been standing idly by. A huge explosion totally destroyed the uranium enrichment facility at Natanz. But the Iranians have responded with a new uranium enrichment plant constructed under a mountain at Fordo.

The point is this: Gen. Kochavi has sounded loud and clear to dispel any misunderstandings about Israel’s being ready to serve as a target for the Ayatollah’s ambition to dominate the entire Middle East. Make no mistake, although Israelis have a tendency to argue over just about any question one can imagine, there is a consensus that Israel not sit idly by and wait for the Ayatollahs to start launching nuclear missiles at the Jewish state.

Israel has developed a missile defense system code-named ‘David’s Sling.’ But no defense system is 100% effective, and all it would take would be one nuclear missile to get through, and the Jewish state could be eradicated. But the Jewish people in the wake of the Holocaust have “been there and done that” and are not ready to sit back and let others decide their fate! It can be said this was the message behind Gen. Kochavi’s carefully-worded statement. In Biblical terms, the meaning was this:

“Whoever comes to kill you, rise up early and kill him first!”

Moreover, the recent assassination inside of Iran of the top nuclear weapons experts, Mohsen Fakhrizadeh, was another indication that some people will do all it takes to prevent the annihilation of the Jewish state. Then, the recent reports of an Israeli submarine sailing off the coast of Iran.

All this comes against the backdrop of an ongoing collaboration between Israel and the Sunni Muslim states in the Gulf, which are also threatened by a nuclear Iran. After Iran rocketed Saudi Arabia’s oil refineries over a year ago, the US did nothing. This was a shock to the Arab states in the Gulf and a clear indication that America was downsizing its Middle East posture, in keeping with it no-longer depending on a crucial oil supply from Saudi Arabia.

So, Gulf State leaders apparently put their heads together and decided that Israel could be a valuable ally. And so we witness the dramatic development of formal relations with the Jewish state and the subsequent supply of advanced American aircraft (apparently, Saudi Arabia has refrained from establishing ties with Israel due to differences between the older and younger leaders in the monarchy).

Israel’s ‘Lantern on the Stern’ …

Consider recent history: Prime Minister Menachem Begin and his cabinet gave the green light for demolishing the nuclear reactor of dictator Sadam Husein in 1981. In light of historical developments, today, it seems incredible that France had agreed to supply the reactor to such a vicious dictator. (For example, a documentary has now revealed Sadam Hussein’s unique method for dealing with colleagues he suspected of being disloyal – he would have them arrested, handcuffed, and then taken aboard helicopters. At an altitude of some 300 meters, they were thrown out of the choppers. It was not clear if Sadam Husein himself was actually on board and participated in the executions). Is there any question that such a sadistic dictator would have had any second thoughts about nuking the Jewish state?

Syria is the second example – President Hafez Assad, another sadistic dictator, had purchased from North Korea one of their nuclear reactors, but Israel got wind of this deal, and Prime Minister Ehud Olmert ordered the Israeli airforce to destroy it in 2007.

It is fair to assume that no matter who becomes Israel’s next Prime Minister, be it Bibi or possibly Gideon Saar, he will not hesitate to adopt the same approach when it is apparent that there is a clear and present nuclear danger to the Jewish state. It can also be assumed that there will be a broad consensus in favor.

The photos were staggering – more than ten thousand Ultra-Orthodox Jewish mourners, mostly without face masks, formed a gigantic throng of mourners packed closely together to participate in the funeral of their deceased Rabbi Soloveitchik. They gathered near his Jerusalem residence and accompanied their deceased religious leader to his final resting place. Of course, this violated the restrictions on mass gatherings. However, the Israeli police, faced with such a huge crowd, could only raise their hands in vain.

In their defense, the Ultra-Orthodox contend that thousands of protesters also gather near PM Netanyahu’s private residence nearly every Saturday night. However, it is fair to say there is a big difference – the protesters wear masks, and their demonstrations are approved by Israeli law. It was yet another example of how the Ultra-Orthodox Jewish community in Israel determines its own rules, such as keeping their separate religious schools open while the rest of the state school system has been closed due to COVID-19. But as long as Prime Minister Netanyahu depends on the political support of the Ultra-Orthodox voters, little is likely to change. 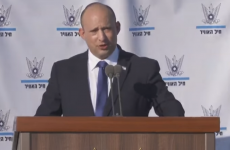 Just one day after foreign reports of a mysterious attack on an Iranian plant that produces centrifuges for enriched uranium, Israel’s new Prime Minister issued a warning loud and clear … END_OF_DOCUMENT_TOKEN_TO_BE_REPLACED 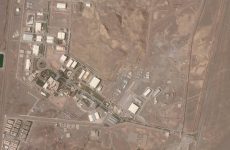 At the time of this writing, the ceasefire with Gaza is still holding. What were Hamas leaders thinking? How did they think Israel would react if they again launched thousands … END_OF_DOCUMENT_TOKEN_TO_BE_REPLACED