Tempers are flaring on both sides after a third successive election ended in another dead heat.

Likud leader and acting Prime Minister, Bibi Netanyahu has charged that Benny Gantz and the Blue and White party are “trying to steal the election!” Netanyahu contends that his Likud party and its right-wing Jewish partners have wound up with more seats than Blue and White in the 120-member Knesset. However, Netanyahu can count on only 58 seats, less than the required 61-seat majority (Blue and White plus the Jewish Left garnered only 47.

However, the Israeli Arab party took 15 places that could give Gantz a 62-seat majority. But Netanyahu and his right-wing partners categorically reject the idea of Israel’s Arab citizens determining who will become Prime Minister of the Jewish state, and Netanyahu and his supporters have warned that they will not take this sitting down.

Meanwhile, Gantz and his Blue and White party have emerged black and blue, so to speak, from the latest indecisive election. Even though Netanyahu ran with three indictments for bribery, fraud, and breach of trust, he still took more Jewish votes than did Gantz. (Meanwhile, Netanyahu’s trial is due to open later this month). In another shocking incident, one Gantz supporter was beaten up by Likudniks at a public protest demanding that Netanyahu resign and quit politics. In Israel, the Prime Minister continues in office until a new government is sworn in.

Whether one loves or hates Netanyahu, he ran a very tough campaign, appearing numerous times, day and night, all over the country rallying his supporters and pummeling Gantz with a barrage of “dirty tricks.” In response, Gantz, a former IDF Chief of Staff and undoubtedly an officer and a gentleman, retorted, “I will not stoop to Bibi’s level, I believe in running a clean campaign.” On this score, it is fair to say that politics, and not only in Israel, is a snakepit.

There are several possibilities.

The acrimonious atmosphere is worsening day by day and recalls a terrible time in November 1995, when Prime Minister Yitzhak Rabin was assassinated by a right-wing fanatic.

‘Blimey, let’s not overdo it, shall we!’ That’s what Britain’s Labour Party leader Jeremy Corbyn must be thinking after some of his party stalwarts, such as former London mayor Ken … END_OF_DOCUMENT_TOKEN_TO_BE_REPLACED 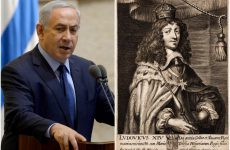 In declaring that he is the victim of a legal witchhunt, Israel’s prime minister is rejecting the sacred “separation of powers” that define a democracy: the legislative, executive, and the … END_OF_DOCUMENT_TOKEN_TO_BE_REPLACED

After 11 consecutive years as Israel’s Prime Minister, is Bibi Netanyahu losing it? Grant it, a beaming Bibi flew home from Washington following the historic signing of peace accords with … END_OF_DOCUMENT_TOKEN_TO_BE_REPLACED