IDF Maj. Gen. Aviv Kochavi: ‘If Iran Decides, It Could Produce Nuclear Weapons Within One To Two Years’

Maj.Gen. Aviv Kochavi, the new commander of IDF Intelligence Branch, has presented his first briefing to the Knesset Foreign Affairs & Defense Committee. His main point was that Iran has the capability of producing a nuclear weapon within one to two years after its leadership takes a decision to ‘break out’ and dash for the bomb. IsraCast analyst David Essing says Kochavi, whose name is derived from the word for star in Hebrew, is indeed the rising star in the IDF, and committee members later said they were impressed by the incisiveness of the new intelligence chief.

Iran & Sanctions: Iran’s current power base is stable in spite of the latest international sanctions that have not affected the Iranian nuclear weapons program. However, the sanctions are have a ‘significant impact’ on the Iranian economy – trade deals with the West have been canceled and there has been a sharp drop in the import of refined petroleum products. As a result, the government has been forced to cut drastically its subsidizing of gasoline and other basic commodities. On the other hand, although the rise in international oil prices has added $600 million dollars to Iran’s coffers, this windfall is not sufficient to cover the losses incurred by the sanctions.

Enriched Uranium: An estimated 3,500-4,500 centrifuges are enriching uranium and have now produced 3.2 tons of low grade uranium and 40 kilograms of 20%. (90% enriched uranium is required for weapons production). The new nuclear facility at Qom, that was uncovered last year, is due to go operational in 2011 and is to be installed with additional centrifuges for uranium enrichment. Iranian scientists are known to have the capability to ramp up their 20% enriched uranium to 90% weapons grade, so it is no longer a question of IF Iran can produce nuclear weapons. The crucial question is if the leadership decides to ‘break out’ and go nuclear how long will it take Iran to acquire the bomb. Based on the IDF’s assessment of Iran’s nuclear infrastructure, the accrued technology of Iran’s scientists and its uranium stockpile, Iran could acquire nuclear weapons within one to two years.

So much for Gen. Kochavi’s assessment. It differs somewhat for that of former Mossad Director Meir Dagan who before retiring last month indicated that Mossad’s operations, among other factors, had set back Iran’s nuclear weapons program to 2015. However Kochavi reportedly said that although the Iranians might be able to get their hands on a nuclear weapon within two years or less, it would take significantly longer for them to mount it on a missile. Moreover, the IDF intelligence chief seemed to go out on a limb by declaring that he did not think Iran would decide to ‘break out’ during 2011 because of several foreign and domestic factors. The decision to start producing 90% enriched uranium would violate Iran’s signature to the Nuclear Non-Proliferation Treaty raising tension even higher with the international community, possibly to the point of imposing further sanctions and launching a military intervention. Neither is it clear sailing at home. Domestically, the Iranian regime faces political dissent, ethnic tensions and sharp differences among the leadership itself. Under these circumstances, the decision to go for the bomb would place the regime under even greater stress from various quarters.

Today, there is widespread agreement in the international community that Iran is bent on acquiring nuclear weapons, but there is also the sense there is still time to cope with the problem. In 2007, the U.S. National Intelligence Estimate created the impression that Iran had abandoned its nuclear weapons program – an assessment that flabbergasted Israel’s intelligence community. Gen. Kochavi indicated that the next NIE is likely to present a much different assessment.

Lebanon: There is a real possibility of a civil war in Lebanon because the ideological conflicts outweigh economic and other national interests. At the same time, the IDF intelligence chief doubted that Hezbollah would attempt to seize overall power in Lebanon because it understands this will, in fact, undermine Hezbollah’s own interests. Hezbollah would have to assume responsibility for the state, a move that would curb its freedom for radical action. This was a lesson it had learned from the Hamas coup in Gaza. Hezbollah prefers to exert its influence over the Lebanese government and prime minister, rather than officially replace them. There did not appear to be a high probability that Hezbollah would try to stir up trouble with Israel at this time of tension in Lebanon – the organization has been ‘very much deterred’ by Israel in the Second Lebanon War of 2006.

Palestinians: The rift between Hamas and the Palestinian Authority on the West Bank is deepening – in fact, they appear to be split into ‘two different entities’. Moreover: ‘Every night the PA arrests Hamas activists in Judea & Samaria’. But in Gaza, the Hamas regime is stable, although it has also been deterred by the IDF’s Cast Lead Operation of 2008. For example, when other terror groups in Gaza recently sparked a flareup with the IDF, the ‘hard hand’ of Hamas actually clamped down to suppress their rocketing of Israel.

West Bank Palestinian leader President Mahmoud Abbas has been gaining more self-confidence recently. The growing international support for recognition of a Palestinian state is being viewed by Abbas as a vindication of his leadership. Although the U.S. opposed the PA’s gambit at the UN for recognition of a Palestinian state, Abbas is persevering. Based on the ‘bottom-up’ approach of his Prime Minister Salam Fayyad that focuses on building state institutions and the economy, Abbas, is exerting pressure on Israel. The Abbas starting point for negotiations are the lines of 1967. Gen. Kochavi did not dwell on the current Wikileaks on the Al Jazeera TV network saying most of what was factual had also been disclosed in the past.

Egypt: Despite some of the rioting that has erupted in Cairo and other cities in the wake of the popular revolution in Tunisia, the IDF intelligence chief did not believe the Muslim Brotherhood posed a real threat to the regime of President Hosni Mubarak. 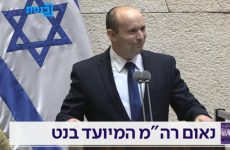 FOR NETANYAHU – A DAY OF SHOCK AND DISMAY  After a record 12 straight years in power, Benjamin Netanyahu has been deposed by Israel’s parliamentary Knesset; but only by the … END_OF_DOCUMENT_TOKEN_TO_BE_REPLACED

Khamenei: “We insisted that sanctions must be lifted, not suspended.” U.S. President Barack Obama has blocked the move in the U.S. Senate to block the nuclear deal with Iran, but … END_OF_DOCUMENT_TOKEN_TO_BE_REPLACED 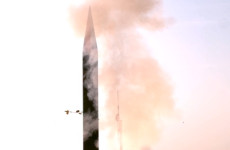