If this is not a ‘clash of civilizations’ it comes quite close.

ISIL’s writing was on the wall, or should have been – but no one was really ready to see it! After the targeted killing of ‘Jihadi John’, Britain had better be on very high alert. ISIL has escalated its murderous campaign beyond the borders of Syria and Iraq. First Russia, and then the West, stepped up their operations in Syria, and ISIL has hit back hard.

First came the blowing up of the Russian airliner over Sinai, then the horrific suicide bombings in the Hezbollah quarter of Beirut, and now the killing spree in Paris. After blowing the Russian airplane to smithereens, ISIL then issued a video threat to Israel:

‘Don’t think that because we are fighting in Syria and elsewhere that we have forgotten about you… we are coming to get you in Eilat!’

A massive Muslim terror ‘success’ energizes other potential terrorists to follow suit. In claiming responsibility for the Paris atrocities, ISIL is trying to cash in – it has called on all Muslims in Europe, (the entire Muslim population is estimated at 44 million), who cannot fight in Syria, to take up knives and guns and go to war in Europe. They call it a jihad against the Crusaders – the Russians are referred to as the ‘Eastern Crusaders’. This is no empty threat and today many young Muslim men have been exhilarated by the ISIL attacks.

In Paris alone, the Pew Forum estimates that there are 1.7 Muslims, while 1 million reside in the greater London area. Although Muslims must not be held accountable for the terrorism, it is only common sense that there is now ‘a clear and present danger’. President Francois Hollande may have no alternative than to enact more restrictive measures to monitor Muslims, as is the case in Britain and the U.S. The Muslim community in France will also be called upon to play a more active role in trying to combat fellow Muslims they suspect are planning to attack fellow French citizens.

President Hollande has called the latest atrocities ‘an act of war’ and France should take the appropriate measures. ISIL, which has taken ‘credit’, has based its Syrian headquarters in the Raqqa, the first provincial town it captured. The U.S.-led coalition should now issue an ultimatum to citizens of Raqqa ordering them to evacuate within 12 or 24 hours and then launch a massive air strike. Something like what the allies did to Dresden during World War II. If ISIL keeps civilians there as human shields, like Hamas did in Gaza, the coalition should consider other punitive steps. Surely the U.S. Air Force has the capability to launch a smart bomb air strike on the town.

In condemning ISIL, Russia’s Foreign Minister Sergei Lavrov said, ‘count us in on escalating the campaign against ISIL’. And, although it runs counter to his low-intensity operations against ISIL, U.S. President Barack Obama will also have to show leadership in retaliating against the terror organization. Syria’s President Bashar Assad asserted that this was the type of terrorism his country has had to bear in the civil war. Israeli leaders extended their condolences to France and steered clear on any comparisons with the current wave of Palestinian terrorism being waged against Israeli civilians.

It is hard to put into perspective the murder of some 128 French civilians and the maiming of hundreds more. But after America’s ‘9/11’, a great debate ensued over whether it was the ‘Clash of Civilizations’ predicted by Samuel Huntington in 1993:

“The great divisions among mankind and the dominating source of conflict will be cultural. Nation states will remain the most powerful actors in world affairs, but the principal conflicts of global politics will occur between nations and groups of different nations. The clash of civilizations will dominate global politics. The fault lines between civilizations will be the battle lines of the future.”

Huntington’s thesis has gained credence in light of the current ascendancy of radical Islam on the world stage. The most dramatic development was the Iranian Revolution of 1979 that toppled the Shah. Ayatollah Ruhollah Khomeini then returned from France to install a fanatical Shiite regime that has ruled with an iron fist to this very day. The first radical Islamist state embarked on a policy of fomenting terrorism abroad and building a powerful military force at home. Along the way, it initiated its nuclear weapons project to ensure its survival and to gain ascendancy in the predominantly Sunni Middle East.

In the Sunni camp, al Qaeda led the radical Islamist campaign, culminating in 9/11. Many young Arabs in the Middle East viewed the U.S. as the oppressor of the Muslims and in cahoots with the conservative regimes that dominated the Arab world. America, in collusion with the other Western powers, stole Arab oil and supported Israel while paying off corrupt regimes. When Iraqi dictator Saddam Hussein did not play ball and launched his invasion of Kuwait, the Bush administration countered by invading and eventually deposing and executing Saddam Hussein. This poured more fuel on the flames of resentment in the ‘Arab street’.

America’s support for Israel in the ongoing clashes with the Palestinians was another irritant. But what really started the ball rolling was the Arab Spring that swept through Tunisia, Libya, and even Egypt. America actually supported the radical Sunni leadership of the Muslim Brotherhood that took power after the overthrow of President Hosni Mubarak. In the naive belief that democracy had come to Cairo, President Obama thought this was a good thing until Washington woke up and realized that the Iranian model was about to be re-enacted. Radical Islamists, who were the best organized to take power, were about to install a Sharia state along the lines of Iran.

The American belief that ousting a dictatorship will, of itself, mutate into a Jeffersonian democracy does not follow in the Middle East. On the contrary, the fall of a pro-western dictatorship may lead to something far worse. A fanatical Islamist regime or juggernaut such as Islamic State. Senior American policy professionals should have learned that lesson from President Jimmy Carter’s paving the way for the Ayatollahs in Tehran.

But of course Syria is the main event in what may be called a clash of civilizations in the Huntington sense. There, the Arab Spring has erupted in a blood bath of horrific proportions. Hundreds of thousands of civilians have been murdered, and even more wounded, while hundreds of thousands of refugees are knocking on Europe’s doors. And all because the minority Alawite regime of President Bashar Assad is determined to fight to the death to preserve its dictatorship that has shrunk to about 20% or so of the former state. The Alewives, a Shite sect, are battling mainly Sunni rebels of various stripes.

After slugging it out for nearly five years, Russia, Iran, and Hezbollah Shiites have shored up the regime. America and its Western coalition have pussyfooted about in supporting the rebels. (Obviously it’s on a different scale, but somehow Syria brings to mind pre-World War II Spain.) Every one is out to protect their interests leading to what nature abhors – a vacuum.

Into the fray, riding in Toyota pick-up trucks and armed with machine guns, come the ultimate Islamists. They are not Shiite like the Iranians, Hezbollah or the Alewives, but Sunni barbarians bent on building a Caliphate, a dictatorship ruled by Sharia religious law. Located in northern Syria, its ruler appointed by Allah is Mohammad’s successor, with power over all Arab lands, Israel included.

Summing up: Radical Shiites rule Iran with regional ambitions to gain hegemony over the Sunni Middle East. Although the Great Powers have signed an agreement with Iran to delay its development of nuclear weapons, it is still an open question if this ‘dominating source of conflict has been resolved’.

Islamic State: a powerful Sunni terror movement that will cut the head off of any Shiite, Sunni, or anyone else they don’t like or refuses to submit to their religion. Today they have declared war on the Crusaders from the West and from the East (Russia).

If this is not a ‘clash of civilizations’ it comes quite close. 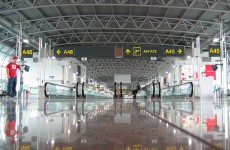 How will it play in Peoria? As predicted, Turkish aircraft artillery and tanks are now attacking the Kurds, America’s former ally. After President Trump withdrew a symbolic American force out … END_OF_DOCUMENT_TOKEN_TO_BE_REPLACED

What is U.S. President driving at in the current conflagration swirling around Iran and Islamic State in the Middle East? Is the leader of the free world about to embark … END_OF_DOCUMENT_TOKEN_TO_BE_REPLACED