How does Streptococcus pyogenes, or Group A streptococcus (GAS) — a bacterial pathogen that can colonize humans without causing symptoms or can lead to mild infections — also cause life-threatening diseases such as necrotizing fasciitis (commonly known as flesh-eating disease) and streptococcal toxic shock syndrome?

This mystery has intrigued many researchers in the field. Now, researchers at the Hebrew University’s Faculty of Medicine have discovered how this bacterium turns deadly. This opens the door to possible future treatments to curb this and other potentially fatal bacteria.

Annually, GAS infections lead to at least 500,000 deaths worldwide and cause severe consequences to those infected. The flesh-eating disease, in particular, is an extremely vicious infection which progresses rapidly throughout the soft tissues of the body, often leaving doctors with little time to stop or delay its progress. The main treatments include administration of antibiotics and surgical removal of infected tissues. Yet despite prompt treatment, the bacteria disseminate and cause death in approximately 25% of patients.

Annually, GAS infections lead to at least 500,000 deaths worldwide and cause severe consequences to those infected.

In probing how GAS progresses, Prof. Emanuel Hanski of the Institute for Medical Research Israel-Canada at the Faculty of Medicine, together with doctoral student Moshe Baruch and an international research team, discovered a novel mechanism that influences GAS virulence at the early steps of the infection. The results of their study are published in the scientific journal Cell.

…despite prompt treatment, the bacteria disseminate and cause death in approximately 25% of patients.

They found that when GAS adheres and infects the host’s cells, it delivers into these cells two streptolysin toxins. These toxins impair the body’s mechanism for quality control of protein synthesis. This in turn triggers a defensive stress response which, among other things, also increases the production of the amino acid asparagine. GAS senses the increased asparagine level and alters its gene expression profile — and its rate of proliferation, which can be deadly in the host.

The research team further discovered that asparaginase, a protein that digests asparagine and is a widely-used chemotherapeutic agent against leukemia, arrests GAS growth in human blood and in a mouse model of human bacterial infection. Asparginase has never before been used to treat GAS infections.

The findings of this study constitute a major advance of the concept that understanding the metabolic changes occurring between the pathogen and its host during infection can lead to development of new and more effective treatments against infectious diseases. Yissum, the technology transfer arm of the Hebrew University, registered a patent for the discovery and is seeking commercial partners to help develop effective therapies against invasive streptococcus infections.

United Hatzalah/United Rescue is training neighborhood first-responder volunteers in cities across North and South America, Europe and India. When the ambulance on which he was volunteering in the 1980’s got … END_OF_DOCUMENT_TOKEN_TO_BE_REPLACED 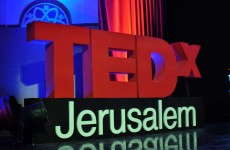 Jerusalem continues to make its mark in the global community – but this time no politics! On December 10, 2012, Jerusalem proper hosted its first TED event, TEDxJerusalem, and IsraCast … END_OF_DOCUMENT_TOKEN_TO_BE_REPLACED

Samir Kuntar really had it coming. The rockets that destroyed his hideout in the heart of Damascus executed one of the most disgusting Arab terrorists in Israeli history. The night … END_OF_DOCUMENT_TOKEN_TO_BE_REPLACED