Despite only recently receiving such notable public attention, T-call research has been developed and conducted in Israel for over a decade.

Prof. Zelig Eshhar: ‘Our Next Task Is To Expand It To Fight Other Forms of Cancer’

It is being hailed as a potentially ‘extraordinary’ development in the fight against cancer. Medical researchers at the University of Pennsylvania have announced a 94% success rate in ‘ALL’ (acute lymphoblastic leukemia)! And guess where it all started? At the Weizmann Institute in Rehovot, Israel. It is indeed another glowing example of how the Jewish state, which is forced to put so much of its human and other resources into its struggle to survive, yet also contributes so much to the welfare of all humanity.

A team at the University of Pennsylvania’s Abramson Cancer Center and the Perelman School of Medicine reported that 27 out of 29 patients with an advanced blood cancer saw their cancers go into remission or disappear altogether when they received genetically modified T-cells that were equipped with synthetic molecules called chimeric antigen receptors, or CARs. Those T-cells were able to target and destroy the tumor cells – specifically the ones that were responsible for the acute lymphoblastic leukemia the patients were suffering from.

Despite only recently drawing such notable public attention, T-cell research of this nature has been conducted for over a decade by Prof. Zelig Eshhar at the Weizmann Institute in Israel. In fact, in 2014 Prof. Eshhar and Dr. June of the University of Pennsylvania were recognized by leading industry publication Human Gene Therapy for their work in the field.

In laymen’s terms, the fundamental change in this treatment from conventionally-used radiation and chemotherapy is that rather than working to kill cells in the body with forms of poison in order to stop the cancer, the T-cell treatment “trains” the body’s own immune system to be stronger and more effective in recognizing and fighting the cancerous cells. T-cells (part of the white blood cells that make up the immune system) are the body’s natural form of defense against cancer. However, cancer cells are genetically programmed to evade the attacking T-cells, and as the body is already in a weakened state from having cancer, the fighting T-cells are often not strong enough to properly fight the cancer and prevent it from spreading.

Prof. Eshhar developed the initial research at the Department of Immunology at the Weizmann Institute of Science on mice who had been implanted with human tumors. The treated mice showed significant destruction to the metastasized cancer, some even obtaining total regression of the tumors and remission by the end of the study.

“The next task of my lab and others working on this is to expand it and try to attack other forms of cancer.”

Regarding the research at the University of Pennsylvania, Prof. Eshhar was quoted as saying, “I’m not surprised to hear about the results. In our lab, we cured many rats and mice of cancer. I have been saying for years that we could do this in people, as well… The next task of my lab and others working on this is to expand it and try to attack other forms of cancer.”

This, of course, is not a catch-all cure-all, as specific T-cells much be developed for each kind of cancer, but it does bring a new sense of life and hope to the ongoing battle to cure cancer. As research continues to make leaps and strides, Eshhar believes that the day will come when we will see many more cancers successfully treated in this manner.

It was a masterful performance. Active Prime Minister Bibi Netanyahu announced new dramatic steps of closing schools and universities in his latest action to check the mounting coronavirus threat. So … END_OF_DOCUMENT_TOKEN_TO_BE_REPLACED

The Eilat-Eilot Off Grid Hub is developing solutions to bring electricity, clean water to world’s ‘bottom billion’ For Westerners, it’s hard to imagine life without electricity — but that’s the … END_OF_DOCUMENT_TOKEN_TO_BE_REPLACED 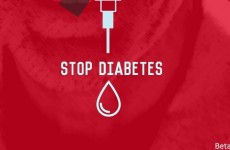