Avraham Stern was a Jewish urban revolutionary who founded and led the Zionist organization later known as Lehi, and was executed by British soldiers.

Avraham Stern was born in Poland to a learned Zionist family. He moved to Eretz Yisrael [Palestine] in 1925 and studied briefly at the Gymnasia in Jerusalem before entering the Hebrew University. An outstanding student of the humanities, Stern won a scholarship to study classical languages and literature at the University of Florence. He returned to Eretz Yisrael in 1929 and joined the Haganah, and not long after left his studies to devote his energies entirely to fighting for Jewish independence.

In 1931, a group of Haganah fighters, rejecting what they deemed was moderation and restraint in the fight for Jewish independence, broke away from the Haganah and formed an armed resistance movement of their own, known as the Irgun. Stern, whose views had become much more militant following the Arab riots of 1929, became an active member of the Irgun. He took on the underground name of “Yair,” in tribute to the commander of the zealots at Masada, Eliezer Ben Yair.

Stern, who viewed the British, more then the Arabs, as the primary enemy of the Jews and the principal obstacle to Jewish independence, called strongly for an armed struggle against the British. With David Raziel, he compiled a manual on the use of the revolver, the first of its kind in Hebrew. He also wrote the poem “Anonymous Soldiers” (1933) which became the anthem first of the Irgun, and later, of Lehi. A collection of Stern’s underground poetry was published posthumously.

In 1937, following the Arab riots, the Irgun split, with many of its members returning to the Haganah. Stern and others who refused to accept Haganah leadership remained in the Irgun under the command of Jabotinsky and continued their militant activities. Stern went to Poland to establish Irgun training courses there and to obtain arms. Returning to Eretz Yisrael, he was imprisoned by the British from August, 1939 to June, 1940.

Stern insisted that the struggle against the British remain independent of any political linkage, even to Jabotinsky’s Revisionist party. He also vehemently opposed tempering the resistance in any way, and thus, in August, 1940, when the Irgun decided to suspend their attacks on the British during World War II, Stern formed a radical splinter opposition group, known as Lehi, an acronym for “Lohamei Herut Yisrael.” He maintained that, even in the face of the Nazi threat, it was the British who posed the major threat to the Jews; doubting the Allies could win the war, he even advocated an alliance with Nazi Germany and Fascist Italy, believing these ties would assist the nationalist effort in Eretz Yisrael.

Stern’s extremism, coupled with several robberies committed by members of his group, earned Lehi the resentment of many Jews in Eretz Yisrael, as well as the British. By 1942 the British had offered a reward for Stern’s capture. On February 12, 1942, the British discovered and forced their way into Stern’s hiding place in Tel Aviv, and killed him immediately. The building is now a museum of the Lehi movement.

Irwin Cotler: ‘There is no moral or legal basis for the demand that Palestinian refugees be allow to return to the state of Israel’. ‘Some one-million Jewish refugees were forced … END_OF_DOCUMENT_TOKEN_TO_BE_REPLACED

An Israeli military leader and politician, the fourth Chief of Staff of the Israel Defense Forces Moshe Dayan was an Israeli military warrior who became a crusader for peace. He … END_OF_DOCUMENT_TOKEN_TO_BE_REPLACED 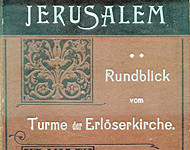